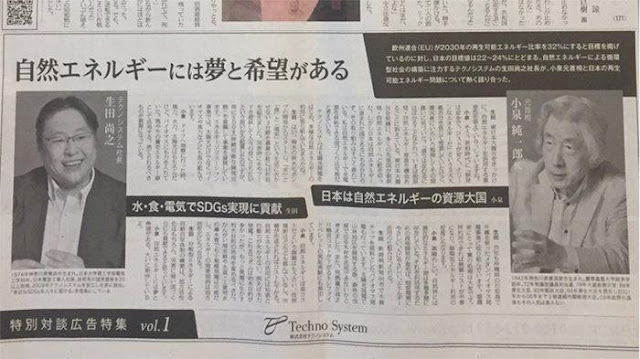 UMMATIMES - In a loan fraud case involving a solar power company in Yokohama City, the president of this company defrauded about 1.05 billion yen in loans from other financial institutions, and also had company funds spun in casinos.
"Naoyuki Ikuta (47), President of the company Techno System, Yokohama, was re-arrested by the Tokyo District Prosecutor on suspicion of fraud and a special back office for paying off his debts," .
According to research by the Tokyo District Prosecutor's Office, President Ikuta filed a false estimate with credit unions in the Kansai region last year on the pretext of receiving a loan for a solar power generation business, and the loan amount is about 1 billion.
Apart from defrauding 50 million yen, it is a false claim that it illegally withdrew a total of 390 million yen from the company's funds to pay its own debts that it used in overseas casinos three years ago.
There are suspicions regarding special liability cases. Casinos are still not legal in Japanese law.
The company has been promoting its renewable energy business by receiving large amounts of financing from financial services called "social lending" for several years, but construction has been delayed significantly due to some projects, among others.
It meant that he was stuck in cash flows and was in a state of bankruptcy.
On June 16, the Special Investigation Department accused President Ikuta of defrauding a total of more than 1.16 billion yen from financial institutions in Tokushima and Shizuoka prefectures.
The Special Investigations Department has yet to express President Ikuta's approval or disapproval.