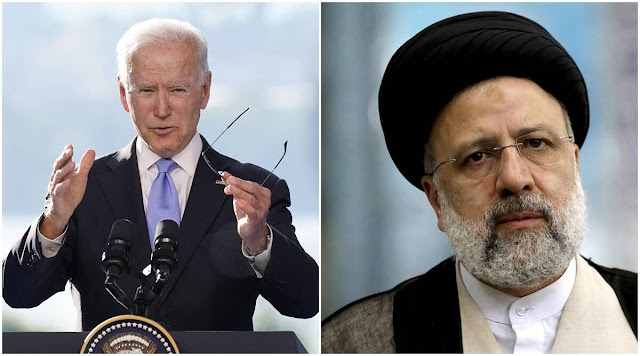 UMMATIMES - "At this time we do not have any diplomatic relations with Iran with no plans to hold a high-level meeting," said White House spokeswoman Jen Psaki.
Although there are no plans to meet with Ebrahim Raisi, Jen Pskai did not rule out the possibility. However, he said, the decision rests with Ebrahim Raisi, not Joe Biden.
Currently, the two countries are working to renew the Iran Nuclear Agreement, also known as the JCPOA. The agreement, signed in 2015, aims to suppress Iran's nuclear enrichment program to ensure it does not manufacture weapons of mass destruction.
During the Donald Trump administration, America withdrew from the agreement. In exchange, they are strengthening sanctions on Iran which Trump sees as a threat. In response, Iran ramped up its nuclear enrichment program again to the limit.
The situation just changed when Joe Biden was elected President of America. He wants to return to the Iran Nuclear Treaty. If Iran cooperates, Joe Biden promised to free the country led by Ayatollah Ali Khamenei from economic sanctions. Iran wants to cooperate, but asks America to first relieve sanctions.
Ebrahim Raisi, when elected, said he would seek to return to the nuclear agreement. He sees it as a way to restore Iran's economy which has been affected by sanctions and the pandemic. As per this report, negotiations between Iran and America have reached the sixth round, but negotiations are still going tough.
"We look forward to the continuation of the negotiations, but you cannot predict when an agreement will be reached," said Jen Psaki of the continuation of the Iran Nuclear Agreement, which was backed by Joe Biden and Ebrahim Raisi.