German Chancellor Angela Merkel and Libyan Prime Minister Abdul Hamid Dbeibeh met in the German capital, Berlin, on Wednesday. Dbeibeh, who was in Berlin to attend the Second Berlin Conference on Libya, met Merkel to discuss the results of the conference as well as bilateral political and economic cooperation. 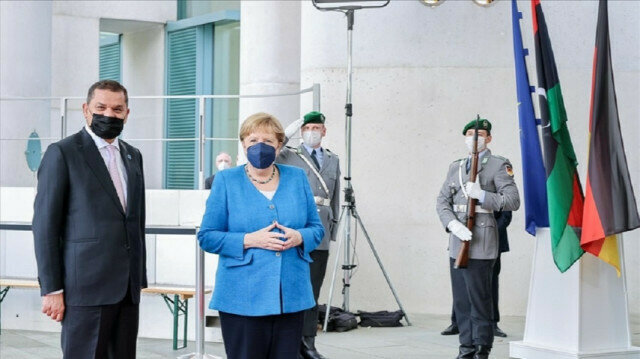 UMMATIMES - ​Dbeibeh also thanked Merkel for hosting the first and second Berlin Conferences on Libya. "It is imperative that we send a unified signal towards Libya that we want to see, first and foremost, that the Libyan people determine their future," Merkel said at a joint news conference with US Secretary of State Antony Blinken on Tuesday.
Libya is experiencing positive developments, with the rival parties agreeing on a new executive authority on February 5, which will govern Libya ahead of the December 24 national elections.
Libya hopes the new government will end the civil war that has plagued the country for years since the overthrow and assassination of ruler Muammar al-Gaddafi in 2011.