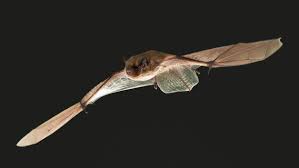 UMMATIMES - Away from the bright lights of Amsterdam, Dr. Kamiel Spoelstra tries to find a living creature that is active in the dark of night.
The ecologist is trying to understand how light affects bats. So far, his team has found 19 species of bats. Each species reacts differently to light.
"Bats react in extreme ways to light, mainly out of fear of predators. So, if a bat flies slowly, it means the animal prefers not to appear in the light, because the risk is high. But if the bat is flying very fast and very agile, the animal is not frightened. ”
So humans took the habitat of the slow-flying bat, and gave it to a large number of species. So that in terms of biodiversity, the number is reduced. Thus explained Spoelstra. 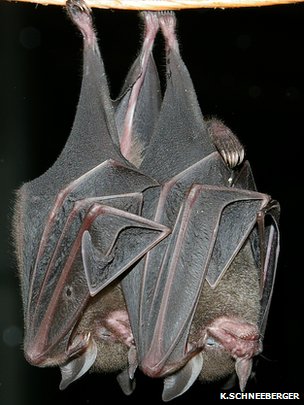 These nocturnal animals are sensitive to the blue light spectrum, because they use moonlight to navigate. The brighter the blue light, the more disturbed they are.
To test how each species reacts to other parts of the color spectrum, researchers placed about 200 lamps across the country, which emit a variety of colors.
Dr. Kamiel Spoelstra, explains, "If we mix the blue spectrum with a bit of red, as can be seen here, it might not bother the nocturnal animals too much. It might not be that intense for them. And that's what we've been observing so far."
Worldwide, the intensity and brightness of light is increasing 2% per year. Because of that, the night became brighter. A number of studies have shown that light pollution disrupts the natural cycle and mental health of humans.
The international dark sky association has also called for the light that radiates outside the house to be reduced. Because the Earth is getting brighter, the country's borders can be seen clearly from space.
The Netherlands is now at the forefront of the war on light pollution in Europe. In a number of districts in the Netherlands, some freeways are no longer illuminated.

Maurice Donners is a researcher at Signify, a company that designs bat-friendly lights. He explained, putting the right lighting, more than just installing bright lights.
"We do need light," Donners said, "but we have to use it in a sustainable way. Namely through energy efficiency, 'cradle-to-cradle' type solutions, and paying attention to light effects. So we want the optimal effect for the whole ecosystem, not just for humans."
Some districts in the Netherlands have become even darker because of such initiatives. Satellite imagery shows the initiative is giving back the dark night sky to local residents, and moreover, to the region's nocturnal animals, who desperately need darkness for their lives.