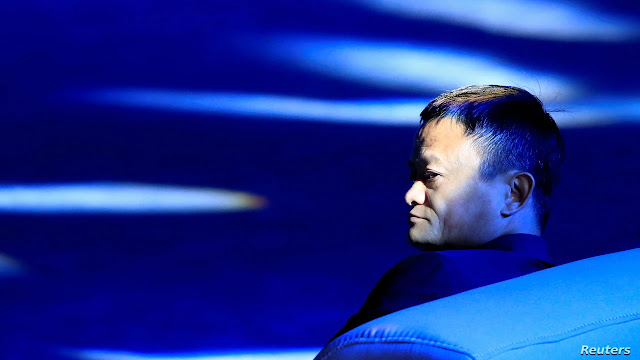 UMMATIMES - China's most famous businessman, Jack Ma, is avoiding the public spotlight. According to a report by an Alibaba executive.
Joe Tsai, who co-founded the Chinese e-commerce giant with Jack Ma, said he spoke with his colleague every day. "He's actually doing really, really well. He's been doing painting as a hobby, that's actually pretty good," said Tsai, quoted by the BBC, Wednesday (16/6).
Jack Ma disappeared from the public eye after being judged to have violated Chinese regulators in November. The initial public offering (IPO) of the world's largest company Ant Group was abruptly halted by Chinese regulators.
It is believed that Ma's criticism of China's financial sector in October prompted the shutdown. At a financial technology conference, Jack Ma compared traditional banks to pawnshops, praised the benefits of digital banking systems, and emphasized that future lending decisions should be based on data, not collateral.
Ant Group runs Alipay, China's premier online payment system, which has gone beyond cash, checks and credit cards. Alibaba, which owns a third of Ant Group, saw its share price drop on the stock market after the suspension was announced.
Following this, China announced an antitrust investigation into Alibaba, which is China's largest e-commerce platform. The situation escalated after Alibaba was fined $2.8 billion by Chinese regulators in April, which said it had abused its market position for years.
Two days later, Ant Group announced plans for a drastic restructuring, with regulators forcing it to act more like a bank than a technology company.
Tsai, who is also Alibaba's CEO, said she disagreed with the idea that Jack Ma had become a maverick. :The idea that Jack has enormous power, I don't think is entirely true. He's just like you and me, he's a normal individual."
He added that after all his efforts, Jack Ma now only wants to focus on the things he really wants to do, such as philanthropic work and hobbies.
However, Tsai said the company is moving forward, separating what happened to Jack Ma and what happened to the company's business.
Alibaba's business is currently under some kind of restructuring on the financial side, as well as in antitrust regulations. "We had to pay a hefty fine. But we've forgotten about it, so we're looking forward." he added.