Moscow authorities said only those who had contracted Covid-19 or had been vaccinated would be allowed into bars and restaurants. The announcement was made when new restrictions on the surge in cases of the Delta variant were made again. 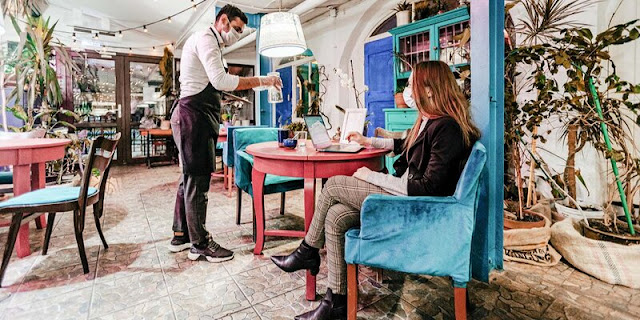 UMMATIMES - It said the new restrictions announced by Moscow Mayor Sergei Sobyanin would come into effect on June 28. To visit a cafe, restaurant or bar, residents must present a QR code indicating that they have had the vaccine.
"Including, whether you have been infected with the corona virus in the last 6 months or tested negative in the last 3 days," Sobyanin said, quoted by Reuters, Tuesday (22/6).
He said the move came amid calls by officials to speed up the slow pace of vaccination across the country. This is because, to date, Russia has approved four domestically made vaccines, but, as of June 2, only 18 million of the 144 million population have received at least one dose of the vaccine.
On that basis, authorities reportedly continue to try to persuade and coerce people into getting vaccinated. They also threaten people who do not vaccinate with the threat of loss of income and dismissal.
Sobyanin said more than 2 million Muscovites had now received at least one dose of the vaccine. Meanwhile, the number of people who have signed up for the injection, he said, has increased significantly.
In the past 24 hours, Russia reported 546 coronavirus-related deaths nationwide. That number is the most confirmed in a single day since last February.
As for the new daily cases, totaling 16,715. Moscow has reported the most daily cases of any Russian region during the pandemic.