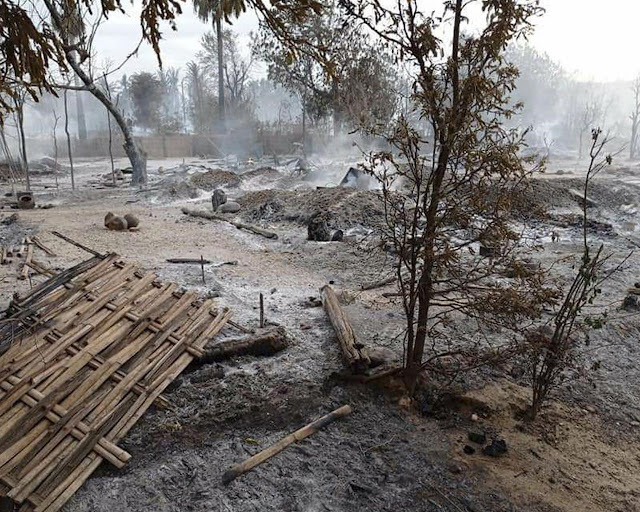 UMMATIMES - Residents of a Myanmar village said government forces burned down most villages in the central part of the country. The arson was reported by independent media and social media.
This move appears to have been done to suppress resistance to the military government. The attack is an example of how violence has become endemic in Myanmar in recent months as the junta tries to quell an insurgency movement.
After the military seized power from Aung San Suu Kyi's democratically elected government, many Myanmar people staged a mass disobedience movement against military rule.
On Wednesday (16/6) photos and videos of the charred village of Kinma in the Magway region spread on social media. Pictures show the village razed to the ground after it was engulfed in flames and many dead cattle. Villagers contacted by telephone said only 10 of the 237 houses were still standing.
The villagers refused to be named because they were afraid that the government would take action. He said most of the residents had left the village before the army arrived and opened fire.