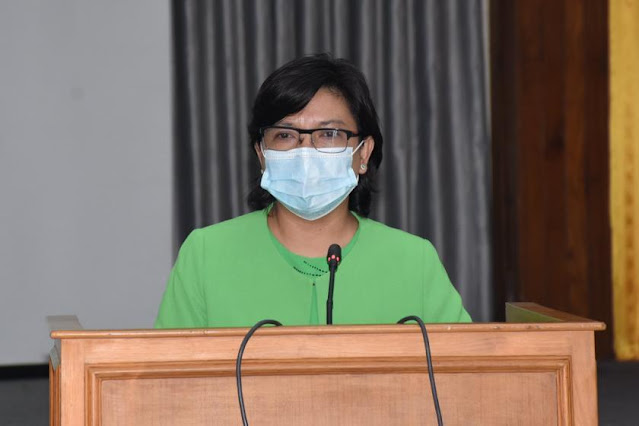 UMAMTIMES - Myanmar's junta has charged former Covid-19 vaccination chief Htar Htar Lin with high treason.
Local media Myanmar Now reported Htar Htar Lin was preparing to join the Civil Disobedience Movement (CDM) after the Myanmar military staged a coup. As a well-known official, he hopes his actions will encourage others to fight against the coup regime.
However, before he announced his decision and went into hiding on February 7, there was 161 million Kyat (approximately IDR 1.4 billion) in the government account for immunizations that had to be handled. If the money fell into the hands of the junta, it would run counter to activists' efforts to stop the regime's sources of funding for the coup.
According to one of his colleagues, Doctor Htar Htar Lin distributed the funds to local health departments across Myanmar. The colleague added that Htar Htar Lin returned money that could not be distributed to donors.
Since then, Htar Htar Lin has been the most wanted person by the coup regime, until he was caught when he met his friend who is also a doctor in the Yangon area last week. The junta troops then raided Htar Htar Lin's home and confiscated his phone, computer and other devices.
The junta troops also arrested Htar Htar Lin's husband and made him sign the agreement at the Dagon Township police station. Htar Htar Lin's husband was released, but two hours later, regime authorities made another arrest.
"Her husband, child (who is seven), and their dog were taken," said Htar's friend Htar Lin, quoted from Myanmar Now, Thursday.
The whereabouts of the Htar Htar Lin family member is currently unknown.