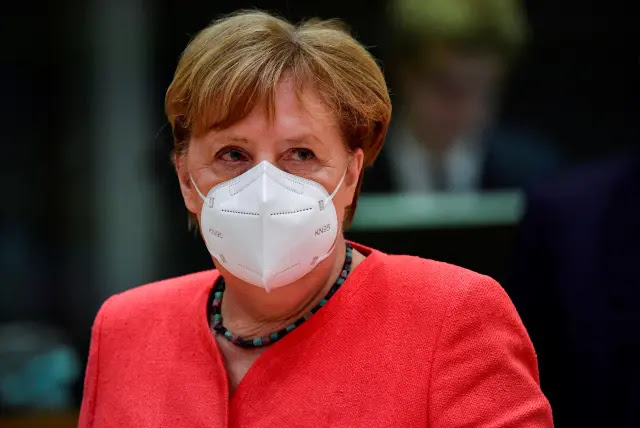 UMMATIMES - Israeli Prime Minister Naftali Bennett held a telephone conversation with German Chancellor Angela Merkel on Thursday (17/6). On that occasion, Bennett invited Merkel to visit Israel.
The Jerusalem Post reported that Merkel contacted Bennett to congratulate her on her new government. Meanwhile, Bennett thanked Merkel for her enthusiasm and opportunities to strengthen relations between the two countries.
Bennett also expressed his appreciation for Germany's commitment to Israel's security and support for Israeli rights. This week, Israeli President Reuven Rivlin also had a telephone conversation with Merkel.
In the call, Rivlin recalled Merkel's historic speech in the Israeli parliament (Knesset) in 2008. "I will always remember you (Merkel) as a leader who cares about relations between our people and not just relations between countries," Rivlin said.
Rivlin said Merkel has deep knowledge of Israel. "You (Merkel) know Israelis deeply, about our culture, about our customs, about all the principles that are important to us," he said.
In May, Merkel highlighted anti-Semitic behavior in solidarity actions against Palestine held in a number of cities in the country. He warned of the sanctions that citizens could receive for committing or displaying such behavior.
"Those who hate Jews in the street, those who incite racial hatred violate our basic laws. Such acts must be severely punished," Merkel said on her weekly podcast channel on Saturday (22/5), quoted by the Al Arabiya website.
Actions of solidarity against Palestine have been held in several cities in Germany. Anti-Semitic slogans were raised by a number of protest participants in various regions. Some of them burned the Israeli flag and threw stones at the synagogue entrance.