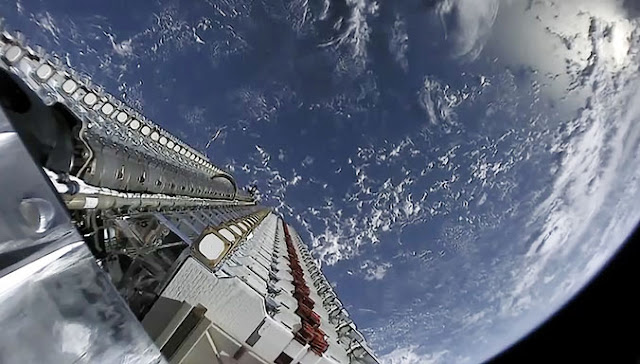 UMMATIMES - North Atlantic Treaty Organization (NATO) leaders expanded the use of defense clauses Monday (14/6). This addition includes a collective response to attacks in space.
Article 5 of NATO's founding treaty states that an attack on any of the 30 allies would be considered an attack on all of them. Until recently, it had only applied to more traditional military strikes on land, sea, or in the air, and more recently in cyberspace.
In a statement after the Summit in Brussels, the leaders said they considered that an attack to, from, or in space could be a challenge for NATO. Such new efforts could threaten national and Euro-Atlantic prosperity, security and stability, and could be equally dangerous for modern society.
"Such an attack could lead to the implementation of Article 5. The decision on when such an attack would lead to the implementation of Article 5 will be taken by the North Atlantic Council on a case-by-case basis," the NATO joint statement said.
About 2,000 satellites orbit the earth with more than half operated by NATO countries. The satellites ensure everything from cell phones and banking services to weather forecasts and some are used by the military to navigate, communicate, share intelligence and detect missile launches.
In December 2019, NATO leaders declared space as the alliance's fifth domain of operations, after land, sea, air and cyber. Many member states are concerned about increasingly aggressive behavior in space by China and Russia.
About 80 countries have satellites, including private companies. In the 1980s, only a fraction of NATO's communications were via satellite. While now at least 40 percent. NATO's collective defense clause is activated only once. At that time members gathered behind the United States after the September 11, 2001 attacks.