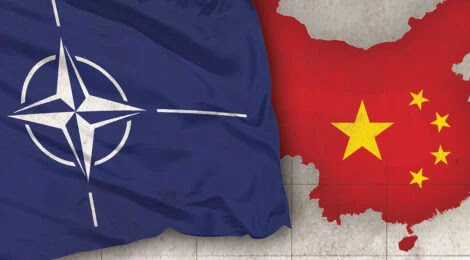 UMMATIMES - China's mission to the European Union (EU) urged the North Atlantic Treaty Organization (NATO) to stop exaggerating the "China threat theory", after the group's leaders warned that Beijing presented "systemic challenges".
NATO leaders on Monday took a firm stance against Beijing in a communique at US President Joe Biden's first summit with the alliance.
"China's assertive ambitions and behavior present systemic challenges to the rules-based international order and areas relevant to the security of the alliance," the NATO leaders said.
The new US president has urged fellow NATO leaders to oppose China's authoritarianism and increasing military might, a shift in focus for the alliance created to defend Europe from the Soviet Union during the Cold War.
NATO's statement "slanders" China's peaceful development, misjudges the international situation, and shows a "Cold War mentality", Beijing said in a post on the official website of the China Mission to the EU on Tuesday.
"We will not pose a 'systemic challenge' to anyone, but if anyone wants to pose a 'systemic challenge' to us, we will not stand idly by," China said.
Earlier, the Group of Seven (G7) countries meeting in the UK over the weekend touched on China over human rights cases in the Xinjiang region, called for Hong Kong to maintain a high degree of autonomy, and demanded a full investigation into the origins of the coronavirus in China.
The Chinese Embassy in London said it firmly opposed the mention of Xinjiang, Hong Kong and Taiwan, which it said distorted facts and exposed the "evil intentions of some countries such as the United States."