Israeli opposition leader Benjamin Netanyahu and his family will soon leave the prime minister's official residence. It was previously reported that Netanyahu refused to leave the venue. 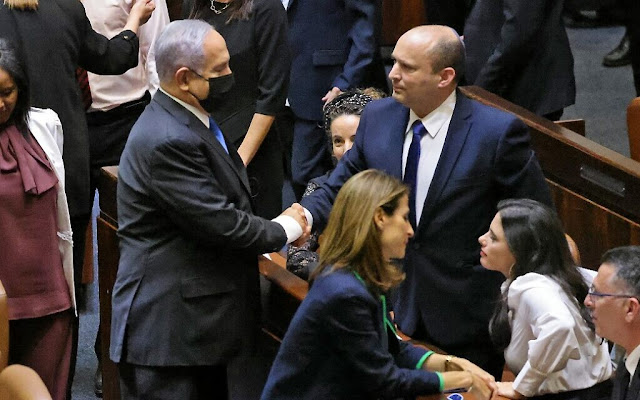 UMMATIMES - In a joint statement, Netanyahu and Prime Minister Naftali Bennett said that Netanyahu would leave the prime minister's official residence by July 10 at the latest. "The residence will be transferred to Prime Minister Bennett's use," their joint statement said on Sunday.
The official residence of the Israeli prime minister is on Balfour Street. Netanyahu was previously reported to have refused to leave his official residence after his position as prime minister shifted to the coalition government led by Naftali Bennett. "Netanyahu is still using the prime minister's residence on Balfour Street as if he hasn't been removed from office, taking advantage of the lack of clear transitional rules," the Times of Israel reporter said in a Tuesday report.
Netanyahu even still receives some prominent guests, such as former US ambassador Nikki Haley and Christian United for Israel founder John Hagee. According to the Times of Israel, there is no official protocol for the handover of power in Israel.
This includes procedural matters such as vacating official residences. Currently Netanyahu as the leader of the Likud party is the leading opposition figure in Israel. He has vowed to return to his post.
On June 13, Israel's parliament (Knesset) voted to determine whether it supports the new coalition government led by Naftali Bennett and Yair Lapid.
As a result, from a total of 120 members, 60 of them gave their support, while 59 others refused. Although the margins were very narrow, the result ended Netanyahu's 12-year term in office.