Israel's new prime minister, Naftali Bennett, is concerned about the election of hardline judge Ebrahim Raisi as Iran's new president. According to him, Raisi's background and proximity to Iran's hardline regime could adversely affect the continuation of negotiations on the nuclear agreement in the future. 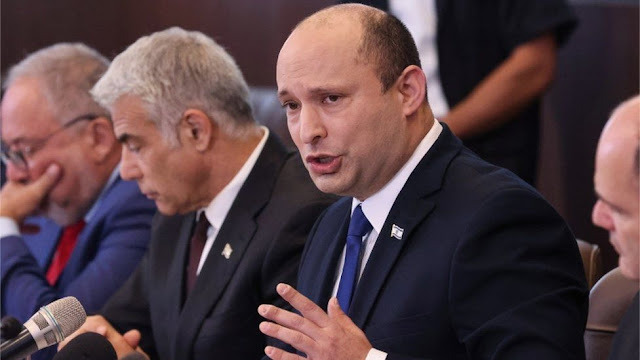 UMMATIMES - "Raisi's leadership will be a brutal execution regime. I advise countries not to enter into nuclear negotiations with him," said Naftali Bennett, quoted by Reuters news agency, Sunday, June 20, 2021.
As previously reported, Ebrahim Raisi became President of Iran after a landslide victory over two of his competitors, Mohssen Rezaei and Abdolnaser Hemmati. Of the 28.6 million votes that came in, from an election that was only followed by 48 percent of voters, Raisi managed to collect 17.8 million votes.
In Iran, Raisi is known for many things. Apart from being one of the opponents of Western influence and a loyalist to Supreme Leader Ayatollah Ali Khamenei, he is also known as a judge who likes to give executions.
During his tenure as a judge, it was reported that Amnesty International had knocked the hammer on executions for approximately 5000 people. The majority of them were political prisoners who were executed in 1988. According to reports, those who died under Raisi's verdict were buried in hidden and unmarked mass graves.
In 2019, shortly after Raisi was appointed by Khamenei as Supreme Court Justice, the United States imposed sanctions on him. He is considered to have violated human rights when executing thousands of political prisoners and using the courts to suppress protesters.
These notes made Naftali Bennett worried about Ebrahim Raisi. He fears that Raisi will use his new powers to further boost the nuclear enrichment program. That is why, according to him, countries pressing for the Iran Nuclear Agreement should not waste time negotiating with it.
"Raisi's election is the last chance for the countries of the world to realize who they are dealing with over the nuclear deal."
"A brutal regime of executioners should not be allowed to possess weapons of mass destruction and Israel's position on this matter will not change," said Naftali Bennett, following Israel's stance set by his predecessor, Benjamin Netanyahu.
Under the leadership of Donald Trump, America agreed with Israel's position, followed by withdrawing from the nuclear agreement and imposing sanctions on Iran. However, when President Joe Biden was elected, he wanted to bring America back to the agreement to ensure Iran's nuclear enrichment was under control.
The Joe Biden administration has promised the Iranian government that economic sanctions will be lifted if the government agrees to return to the nuclear deal. Negotiations on the matter are currently underway. Ebrahim Raisi, in his campaign, promised one of his main focuses is improving Iran's economy and returning to the nuclear agreement, to be free from sanctions, he considers a solution.