Australia's most populous state, New South Wales (NSW), on Tuesday reported its biggest rise in new locally acquired Covid-19 cases in a week. These conditions prompted authorities to extend the use of masks in Sydney for a week. 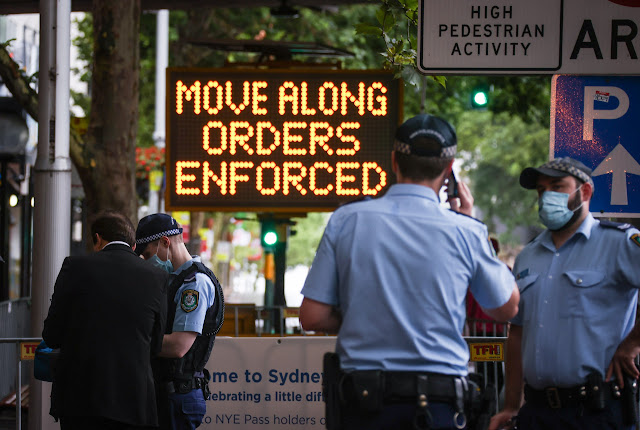 UMMATIMES - Ten new locally acquired cases were reported in NSW on Tuesday, as officials struggled to contain the latest cluster of the highly contagious variant of the Delta virus. Eight out of 10 are household contacts of previous cases in isolation.
"There is no doubt an increasing level of concern, given the number of additional cases, but given how highly contagious the virus is, we expect household contacts who have been isolated to be highly likely to catch the virus," NSW state leader Gladys Berejiklian told reporters in Sydney.
Masks will become mandatory indoors in Sydney, Australia's largest city, for another week from Thursday morning although officials did not announce any further restrictions as the cluster increased to 21 people infected with Covid-19 in six days.
"At this stage, we felt that the response we received was worth the risk," Berejiklian said. He expects more cases among household contacts.
The Delta variant, which has been classified by the World Health Organization (WHO) as one of the four Covid-19 variants of concern, most likely caused the latest devastating outbreak in India. Tuesday's data includes seven cases recorded after 20:00, the deadline, which will be included in Wednesday's figures.
Authorities said the latest outbreak, the first in the state in more than a month, was linked to a driver who transported crew members of an overseas airline and then visited several places. The visit included a shopping center in Bondi, a popular tourist spot.
Fast tracking systems, strict social distancing rules and high community compliance have kept Australia's Covid-19 rate relatively low, with more than 30,350 cases and 910 deaths.