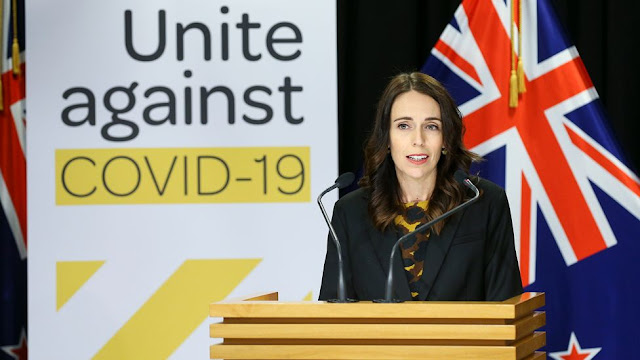 UMMATIMES - New Zealand will need until the end of the year to inoculate everyone eligible for the Covid-19 vaccination. Prime Minister Jacinda Ardern said that on Thursday (17/6), when she announced details of the vaccine campaign.
The Pacific island nation closed its borders and used strict restrictive measures to become one of the few countries that came close to eliminating Covid-19, but the government has faced criticism for its slow vaccine rollout. Around 560,000 people in the country of 5 million have received the first dose of Pfizer vaccine, while around 325,000 have been given the second dose."
Based on delivery and supply, we are working to take until the end of the year to vaccinate everyone who is eligible," Ardern said at a news conference, adding that the effort was progressing faster than expected.
Announcing the details of the plan, he said the vaccines would be allocated according to age with people over 60 being offered one from July 28 and those over the age of 55 from August 11. Those over the age of 45 will receive a vaccine invitation from mid to late August. Meanwhile, those over the age of 35 from mid to late September, and everyone else will be eligible from October.
Ardern said the country would only get most of its vaccine supply in October. Having a large population vaccinated provides greater options for managing borders, he said, but some caution is still needed at borders due to the Covid-19 variant.
Experts are consulting on how and when the borders will open and modeling is in the works.
"Everyone writes rulebooks while we're away. The difference we have is that we have different rulebooks to write," Ardern says.
"Once you get rid of the elimination strategy it's really hard to get back into it. So for New Zealand it's about how we maintain our position while having a bit more freedom at the border."