Nissan boss escapes out of Japan in a suitcase, assisted by father and son 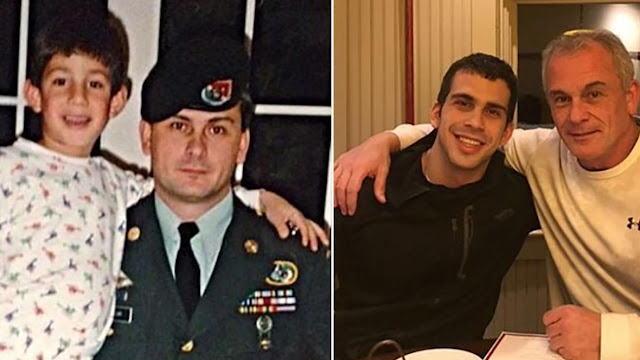 UMMATIMES - The escape of former Nissan boss Carlos Ghosn, who is accused of tax evasion, from Japan has long been a mystery.
And the mystery is revealed. An American father and son confessed to helping Ghosn escape from Japan to Lebanon in 2019.
Former US special forces veteran Michael Taylor, 60, and his son, Peter, 28, have been extradited to the United States on charges of hiding the tycoon in a suitcase.
Ghosn was rushed on a jet as he awaited his trial.
US prosecutors described the escape as "one of the most shrewd and well-planned in history." In a court in Tokyo, the father and son said they did not deny the allegations made by prosecutors. They face a maximum three-year prison sentence.
Taylor and his son answered "no" when asked by a judge whether they objected to the charges filed by the Tokyo prosecutor's office on Monday (14/06). Prosecutors accused the two men of organizing Ghosn's flight to Lebanon from Kansai Airport in December 2019 and receiving US$1.3 million (around Rp. 18.5 billion at current exchange rates) for their assistance.
The former Nissan boss is an international fugitive and lives where he grew up in Lebanon, a country that has no extradition treaty with Japan.
Ghosn was free on bail pending trial on four counts of abuse of financial authority when he escaped custody on a private jet, the court said in a statement.
"Like being held hostage"
Taylor and his son have been trying for months not to be extradited. But the US Supreme Court handed them over to the Japanese government last March.
Tokyo prosecutors declined to comment on the charges before the trial began. The Reuters news agency reports the sentence rate in Japan is around 99%.
Upon arriving in Lebanon, Ghosn said he felt like he was "hostage" in Japan. The choice, said Ghosn, was between "die or run."
A Turkish court has sentenced the executive of the Turkish company MNG and two pilots for their role in flying it out of Japan.
Ghosn was first arrested on charges of financial misappropriation in November 2008 for allegedly not reporting his full salary for the five years to 2018.
Brazilian Carlos Ghosn has been chairman of Nissan's board of directors for nearly 20 years.
In November 2018, Nissan - the world's sixth-largest automaker, reported they found that Ghosn underreported his salary to the government. These findings were obtained from an internal investigation.
For this reason, Ghosn was arrested in Japan on charges of "financial violations."
Born in Rondônia, Brazil, to parents of Lebanese descent and with French citizenship, Ghosn says his origins made him feel different and it helped him adapt to a new culture.
He had been considered for Lebanon's presidential candidate but said he "had too much to do".
After completing his studies at the cole Polytechnique and continuing at the cole de Mines de Paris, Ghosn began his career at Michelin, and worked in France and Brazil.
He joined Nissan in 1999, after Renault bought a stake in the Japanese automaker and became chief executive in 2001.
Ghosn is credited with reviving Nissan in the early 21st century after the company nearly went bankrupt.