North Korean leader ready for dialogue and confrontation with USa 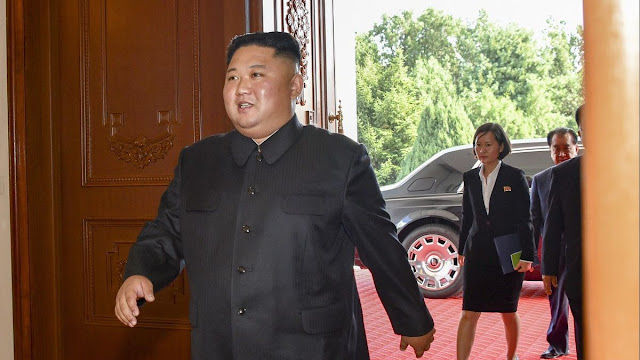 UMMATIMES - North Korea's leader on Friday said his country must prepare for "dialogue and confrontation" with the US government led by President Joe Biden.
At the 8th meeting of the Central Organizational Committee of the North Korean Workers' Party, Kim Jong-un for the first time showed his readiness to confront the Biden government.
"The Secretary-General stressed the need for dialogue and confrontation, in particular to protect the dignity of our country, as well as ensure a peaceful environment and national security," the Korean Central News Agency said.
Last month, Biden selected Ambassador Sung Y. Kim as special envoy for North Korea, and announced that the US and South Korea were willing to engage diplomatically with North Korea.
"Both countries are willing to engage diplomatically with the DPRK in taking pragmatic steps that will reduce tensions towards our ultimate goal, which is the denuclearization of the Korean Peninsula," Biden said during a joint news conference with his South Korean counterpart, Moon Jae-in, at the White House. .
In March, North Korea had rejected an offer from the US for dialogue, which it said was only possible if both sides reached an "equal footing".
In a statement, North Korea's First Deputy Foreign Minister Choe Son Hui said Washington had been trying to establish contact through multiple channels since mid-February. Former US president Donald Trump held three successive rounds of talks with North Korea, but was ultimately unable to reach an agreement on nuclear and ballistic missile programs.