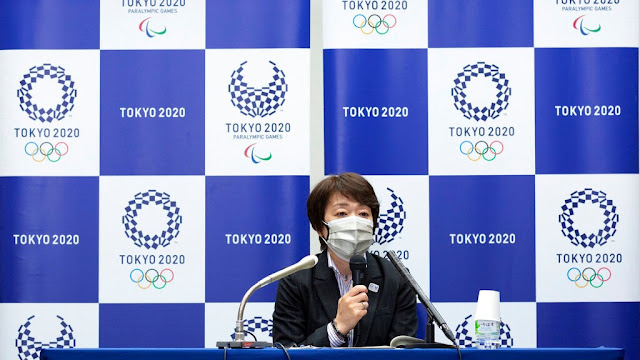 UMMATIMES - The Tokyo Olympic and Paralympic organizing committee said it had sold tickets for 42 percent of the venue's capacity. Organizers expect up to around 225,000 spectators per day in the Japanese capital if all ticket holders attend.
Organizers will draw up a plan on what domestic audiences should do this month. Olympic Organizing Officer, Hidemasa Nakamura, advised the number of spectators to be limited to minimize the risk.
Nakamura said 70 percent of tickets for the event taking place in Tokyo and the neighboring prefectures of Chiba, Saitama and Kanagawa had been sold to people living in the area. Organizers and the International Olympic Committee (IOC) have been waiting to decide on spectator capacity in Japan after deciding to ban spectators from overseas.
Medical experts have expressed concern that letting spectators in could lead to the spread of the coronavirus as people travel to and from the venue. Infectious disease expert Shigeru Omi, who has criticized the holding of the Tokyo Olympics, told a parliamentary committee he would measure the risk of transmission when spectators were allowed.
Omi, who heads the Japanese government's subcommittee on the coronavirus, said the public would most likely be asked to follow anti-virus mitigation measures. Mitigation carried out includes refraining from traveling to other prefectures, during the Olympics because it coincides with the summer vacation.
Now, about 40 days remain before the opening ceremony of the Olympics. Currently Tokyo has been under a COVID-19 state of emergency since late April to bring down the number of cases. Omi plans to draw up recommendations on holding the Olympics on June 20, the last day of the COVID-19 state of emergency.
Separately on Friday, Tokyo Governor Yuriko Koike said a vaccination center would be set up in a government building to inject vaccines into Olympic-related officials and staff. According to Koike, about 2,500 vaccine shots per day will be given starting June 18 to referees and staff working at Olympic facilities, including athletes' villages. The vaccination center will use Pfizer Inc's vaccine. provided by the IOC to Japanese athletes and officials associated with the Olympics.