A Philippine military helicopter, an S-70i Black Hawk Utility, crashed during a night flight practice in Tarlac, Wednesday. According to the Philippine Air Force (PAF), Thursday, the helicopter crashed a few miles from Colonel Ernesto Rabina Air Base in Capas, Tarlac. 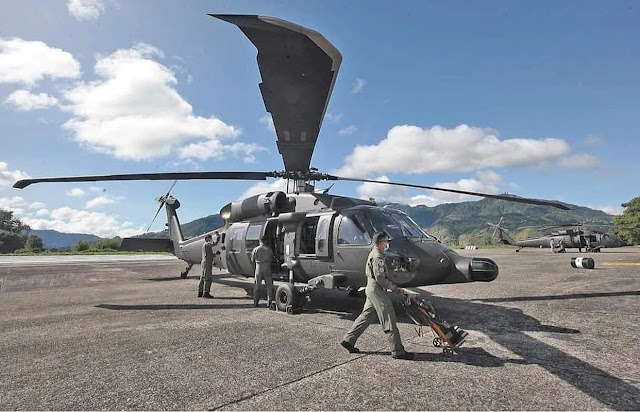 UMMATIMES - PAF spokesman Lieutenant Colonel Maynard Mariano said no victims had been found so far. "As of this writing, the search, rescue and recovery teams from the PAF are actively working," Maynard said as reported by state media on Thursday.
According to the PAF, the helicopter took off from the air base at 8 p.m. local time. However, there was no contact from the helicopter and its crew about two hours after takeoff.
PAF will investigate thoroughly to determine the cause of the incident. All other Black Hawk helicopters were grounded until the conclusion of the investigation.
The helicopter involved in the crash was one of six units delivered in November 2020. PFA ordered 16 Black Hawk helicopters from Polish company Polskie Zaklady Lotnicze Sp.z.o.o, valued at USD241 million.