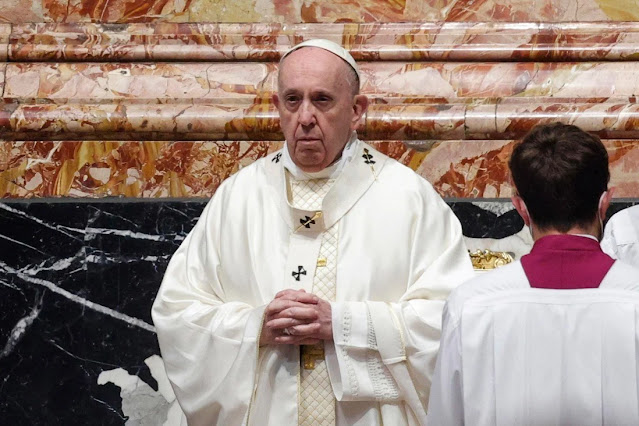 UMMATIMES - Pope Francis said he was hurt by the discovery of the remains of 215 children at a former Catholic school for Indigenous students in Canada. He called for respect for the rights and culture of indigenous peoples. He urged Canadian politicians and Catholic leaders to be "determined to work together" to explain the findings, and to seek reconciliation and healing.
Francis said he felt close to "the Canadian people, traumatized by the shocking news". Addressing devotees and tourists in St Peter's Square, the Vatican, Sunday (6/6), he expressed sadness but did not offer the apology many Canadians have demanded.
Canada asks the Catholic Church to apologize for the actions of the residential schools, which operated between 1831 and 1996 and were run by some Christian groups on behalf of the government. The discovery of the remains of children at the Kamloops Indian Residential School in British Columbia, which closed in 1978, has reopened old wounds and sparked anger in Canada about a lack of information and accountability.
The resident school system forcibly separated some 150,000 children from their homes. Many were subjected to harassment, rape and malnutrition in what the Truth and Reconciliation Commission called in 2015 a "cultural genocide".
Pope Francis spoke of the discovery two days after Canadian Prime Minister Justin Trudeau said the Catholic Church must take responsibility for its role in running the many schools.