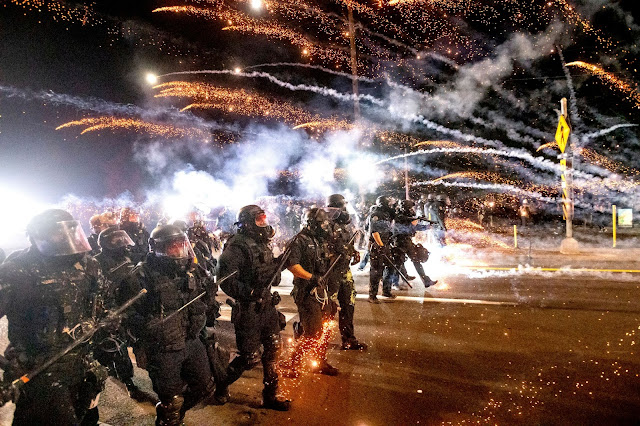 UMMATIMES - Members of the Portland Police crowd control unit, resigned en masse from their positions in the unit. The decision was triggered when a police officer in the unit was charged with illegally assaulting a protester last year.
"On June 16, 2021, Portland Police bureau employees serving as the Rapid Response Team left their positions voluntarily and are no longer members of the team," Portland Police said in a statement, Thursday, June 17, 2021, local time.
The Quick Response Team has about 50 members. In addition to serving the police, they also carry out the duties assigned to the team. After this mass resignation, all members will return to their duties as ordinary police officers.
Earlier this week, a jury indicated a Portland police officer was charged with assault. Prosecutors described it as an excessive and unlawful use of force at a protest in 2020.
The alleged police officer is Corey Budworth, who on Tuesday, June 15, 2021, was charged with one count of fourth-degree assault and misdemeanor from the incident that occurred in August 2020. The Oregonian newspaper reported this was the first time a member of the Portland Police had faced prosecution. for hitting or shooting at someone during a protest.
The Portland Police Association described the ruling as motivated by political motives. Budwort is caught up in the vested interests of the regional head and the politicization of the criminal justice system.