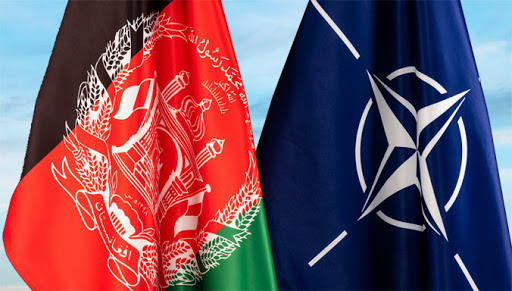 UMMATIMES - With the departure of the US-led coalition, Afghanistan cemented its reputation as a graveyard for world empires.
The history of the country in the heart of Hindukush is full of invasions by foreign powers, from Alexander the Great, the Rashidun Caliphate, Genghis Khan to the Soviet Union, and has always been under the radar of the world's superpowers, past and present.
Afghanistan is a multi-ethnic country that neighbors Iran to the west, Pakistan and India to the east, China to the northeast, and the gas-rich region of Central Asia that extends to Russia.
For the neighbors, this war-torn country has important political value, although for different reasons. The reason is that the withdrawal of US troops creates a vacuum that opens the door for the entry of foreign influence.
Thomas Ruttig of the Afghan Analyst Network, believes the situation in Afghanistan will not subside in the near future. "The interests of each neighboring country are in conflict with each other," he told DW.
In many cases, "bilateral or multilateral disputes and tensions between neighbors are resolved on the Afghan front," he added.

This phenomenon can be seen in the triangular relationship with the neighbor in the east. While India was heavily supporting the government in Kabul, the Taliban were Pakistan's "best political card in Afghanistan," Ruttig said.
Islamabad sees Afghanistan as a backyard. The two countries are not only bound by culture, but also by the same geographical living space. "This often results in diplomatic tensions with the government in Kabul," he said.
Currently the US is considering moving its military base to Pakistan. "This is being debated intensively in Washington," said Andrew Watkins, analyst at the International Crisis Group.
According to him, the Pentagon wants to "maintain its drone strike and airstrike capacity" in the region. Despite this denial, last May the Taliban warned Islamabad not to host US military on its soil.
But Ruttig concluded, "we can't expect Pakistan's good intentions, when it comes to Afghanistan."

Gu Xuewu, director of the Center for Global Studies in Bonn, summed up the ambiguity of Beijing's reaction to the US military withdrawal. Although hostile, China has benefited from US efforts to limit the influence of the Taliban," he said.
"The biggest fear is in Xinjiang, other things are not important for Beijing," said Gu. The province, which is inhabited by the Muslim Uighur minority, directly borders Afghanistan. It was later reported that Uighur separatists pledged allegiance to ISIS and are actively practicing in Hindukush.
An ambiguous attitude was also shown by the Iranian government. While viewing the presence of US troops as "a threat," Tehran wants to avoid "total destruction and a humanitarian catastrophe in a neighboring country," Andrew Watkins said.
"The situation is similar with China," added Thomas Ruttig. "While hostile to the US, they enjoy the stability created by the presence of NATO forces."
With regard to Iran, Watkins believes Tehran's greatest interest in Afghanistan is not to trigger unnecessary tensions with the US amid negotiations on the 2015 Nuclear Agreement.