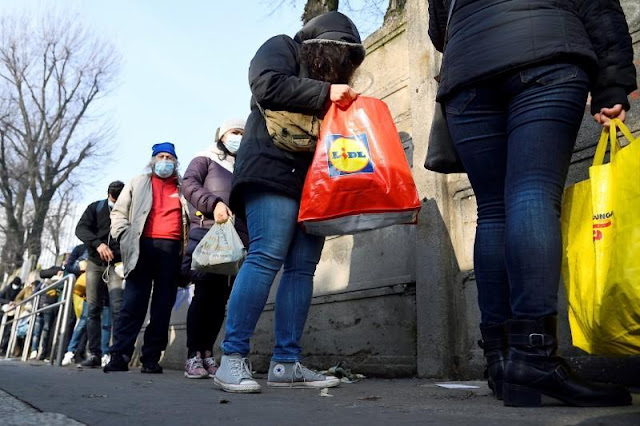 UMMATIMES - The number of Italians living in absolute poverty rose sharply in 2020 to the highest level for at least 15 years. This increase occurred due to the Corona virus crisis which brought economic suffering to most countries.
Based on data released by the National Bureau of Statistics ISTAT, Wednesday (16/6), about 5.6 million people, or 9.4 percent of the population live in absolute poverty. They are defined as parties who cannot buy goods and services. In 2019, the poverty rate was 4.6 million people, or 7.7 percent of the population.
In terms of families, at least more than two million households were mired in absolute poverty last year or about 7.7 percent of families. The figure is up from 6.4 percent in 2019.
In the poorer south, 9.4 percent of families live in extreme poverty. While in the north, the figure reached 7.6 percent.
Italy's economy shrank 8.9 per cent in 2020, its steepest post-war recession, with lockdowns aimed at slowing the spread of the coronavirus. The lockdown hit the Italian economy.