Richard Gere: Palestine has a special place in my heart 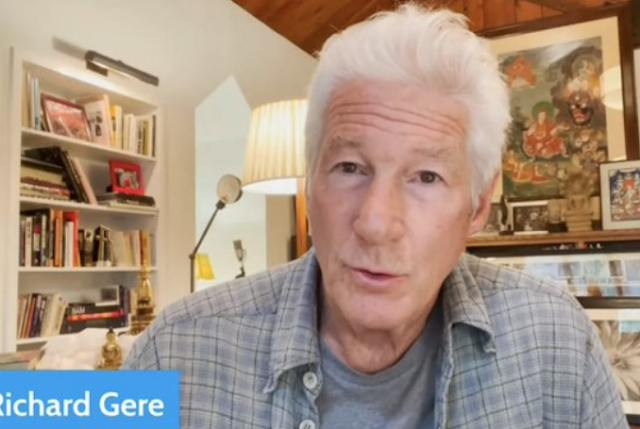 UMMATIMES - Hollywood veteran Richard Gere expressed his solidarity with the Palestinians and their plight under Israeli occupation. In a tweet, the 71-year-old actor said Palestine always has a place in his heart and the United Nations Relief and Works Agency (UNRWA) has an important role to play in helping Palestinians.
"Palestinians have a special place in my heart and I can't imagine what you are going through right now," Gere said.
Most of Gaza's population are refugees who are under Israeli occupation and face ethnic cleansing. They rely heavily on UNRWA for basic needs including health, housing and education.
Gere is known to have a humanitarian spirit and great support for the Palestinian people. In 2017 Gere likened the situation in occupied Hebron to segregation in Jim Crow-era South America, when black Americans were subjected to structural discrimination such as apartheid.
"It's exactly like the Old South in America. Black people know where they can go, they can drink from that fountain, but they can't go there, they can't eat there," Gere told Israeli TV. during a West Bank city tour.
Gere also criticized Israeli settlements. He called the settlements a senseless provocation and the occupation could destroy everyone. He insisted there was no defense of the occupation.
At least 260 Palestinians were killed and thousands injured in an 11-day Israeli airstrike on the Gaza Strip on May 10. A total of 66 children and 39 women were among those who died in the attack. On the other hand, 13 Israelis were also killed by Palestinian rocket fire from the Gaza Strip.
Palestinian militant groups, Hamas and warring Israeli forces have reached a ceasefire brokered by Egypt. The battle was the fiercest in recent years.
The attacks began when an Israeli court ruled to expel eight Palestinian families from their homes in the Sheikh Jarrah neighborhood of occupied East Jerusalem. The unrest spread to Israeli troops violently against Palestinian Muslims who were praying at the al-Aqsa mosque during the month of Ramadan.