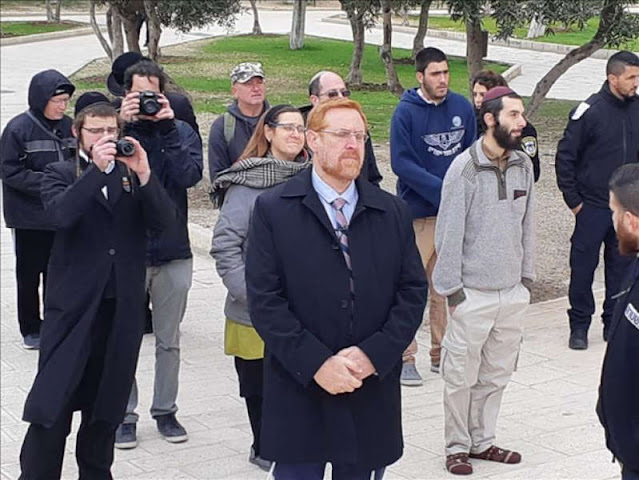 UMMATIMES - Right-wing Israeli rabbi Yehuda Glick on Tuesday forced his way into the Al-Aqsa Mosque compound in occupied East Jerusalem. Glick, a former member of the Knesset (Israel's parliament), uploaded a video of himself visiting the holy site.
"We pray for this government to achieve peace between us, to move us to a comfortable economy, security and compassion between us," Glick said of Israel's new coalition government approved by the Knesset on Sunday.
Dozens of Israeli settlers also stormed the compound through the Al-Mughrabi Gate, southwest of the mosque, under police protection. Israeli police began allowing settlers in in 2003, despite repeated criticism by the Department of Islamic Endowments, which oversees religious sites in Jerusalem.
For Muslims, Al-Aqsa is the third holiest site in the world after Mecca and Medina, while Jews refer to the area as the Temple Mount, where two Jewish temples stood in ancient times.
Israel occupied East Jerusalem, where Al-Aqsa is located, during the 1967 Arab-Israeli War and annexed the entire city in 1980, a move never recognized by the international community.