Russia's Deputy Prime Minister, Tatiana Golikova, warned of the potential for an "explosive" spread of the Delta variant of the coronavirus in the country. The announcement also follows the lack of responsiveness of vaccination from the campaign. These two factors led to increased daily infections and soaring cases of death. 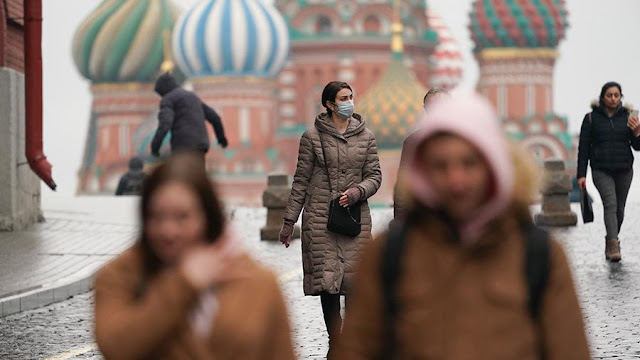 UMMATIMES - "Last week the Covid-related death rate increased by 21.3 percent compared to the previous months," Golikova said.
This statement was also reaffirmed by the Mayor of Moscow, Sergei Sobyanin. According to him, the current situation in Moscow has become more explosive than ever before. Remember, more than 50,000 new infections have been recorded in the Russian capital, the epicenter of the country's outbreak, over the past two weeks.
According to Sobyanin, the Delta variant, which first appeared in India, represents nearly 90 percent of new cases in Moscow. Although the area has more than 20,000 existing bed capacity, more than half of it is already occupied.
To anticipate this, last week Sobyanin announced mandatory vaccination for 60 percent of service sector workers on 15 August. The city, he said, has also introduced anti-Covid tickets for dining out starting June 28, which allows only residents who have been vaccinated, or have been sick in the past six months or by showing a recent negative PCR test to restaurants.
Although free vaccination has been available to Russians since December, only 20.6 million out of a population of about 146 million, have received at least one dose of the vaccine.