Russia on Wednesday, June 23, 2021, confirmed that it had fired a number of shots and dropped bombs into a passageway through which British warships had to repel the ship. Because the warship, has crossed the territorial waters that Moscow claims in the Black Sea off the coast of the Crimean Peninsula. 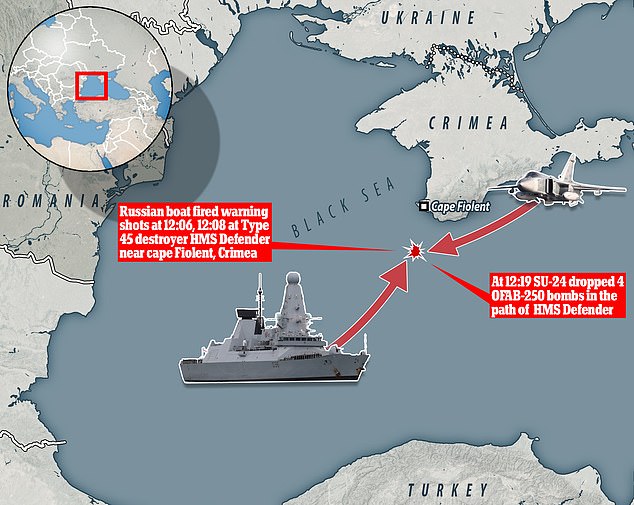 UMMATIMES - Britain rejects Russian reports of the incident and believes each shot fired was a previously announced Russian firing drill. No bombs were dropped on that occasion.
Britain confirmed that the country's HMS Defender warship had sailed through waters they described as Ukrainian waters. The British Ministry of Defense said the warship was traveling through Ukrainian waters in compliance with international law.
"It was the wrong move, whether it was fired or the ship was in Russian waters," a spokesman for British Prime Minister Boris Johnson said.
Military experts say whether Britain or Russia are accurate, this incident appears to represent an escalating confrontation between the West and Russia over the disputed sea lanes.
Russia annexed the Crimean Peninsula from Ukraine in 2014 and considers the area around the peninsula to be Russian waters. Western countries consider the Crimean peninsula to be part of Ukraine and reject Russia's claims to the seas around it.