Britain played down the impact of friction with Russia in the Black Sea. In the incident in the waters off the Crimean Peninsula, Russia fired warning shots at a British destroyer. 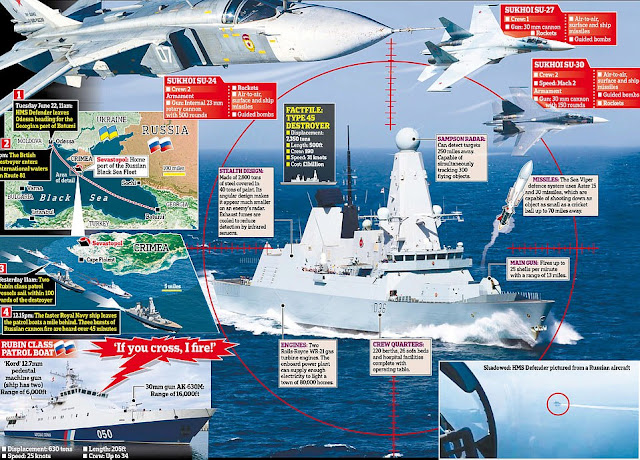 UMMATIMES - On Sky News television station, Britain's Environment Secretary George Eustice said such cannon fire drills were not too abnormal. Russia is a country with the largest military power in the world.
Moscow says British warships are encroaching on their territory. While Britain and most other Western countries say the territory belongs to Ukraine. According to Russia, the British action was a provocation.
Britain has denied Russia's claims that its navy was forced to fire warning shots and drop bombs on the shipping lanes of the HMS Defender warship. "I don't think there's an incident where people should get too carried away," Eustice said, Thursday (24/6).
"I don't think there were warning shots, there were gun drills going on and it's not unusual for Russia to do it in the area, this incident is not an abnormal event in that sense," Eustice added.
Russia seized and annexed the Crimean Peninsula from Ukraine in 2014. Then designate all the waters around the peninsula as its territory. Western countries consider the peninsula part of Ukraine and reject Russia's claims to the waters around it.
The BBC's television station released footage from aboard a ship showing Russian officers warning if Britain did not change course they would shoot. Russia has released video footage from inside the SU-24 bomber flying close to the British ship.
Russia said the confrontation took place near Cape Fiolent, a Cape Fiolent. A landmark on the southern coast of Crimea near the port of Sevastopol, the headquarters of the Russian Navy fleet on the Black Sea.