Secret Why There Has Been a Prolonged War in Afghanistan

The United States (US) administration under President George Bush had prepared a strategy to overthrow the Taliban regime using direct action even a month before the September 11 attacks. 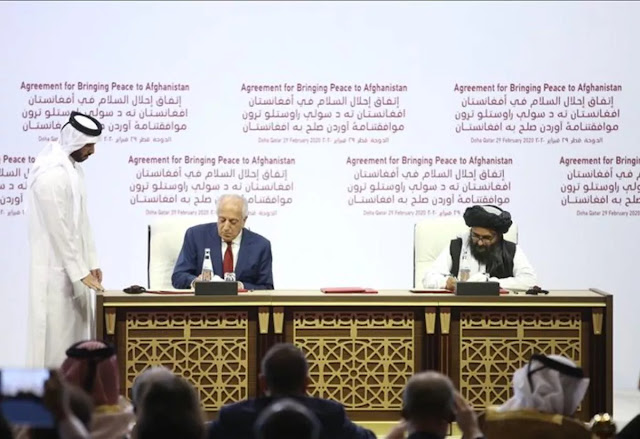 UMMATIMES - Referring to a meeting of top national security officials in August 2001, Steve Coll, an American journalist and author of Ghost Wars: The Secret History of the CIA, Afghanistan, and Bin Laden, from the Soviet Invasion to September 10, 2001, wrote that the US had effectively decided to provide covert military assistance to anti-Taliban groups, more specifically to groups in the Northern Alliance affiliated with Ahmed Shah Massoud.
“The meeting decided to give the Taliban an ultimatum to hand over bin Laden and other al-Qaeda operatives. If the Taliban refuses, the US will provide covert military assistance to anti-Taliban groups. If both options fail, officials agree to overthrow the Taliban regime through more direct action," Coll wrote.
This is in stark contrast to the policy of the Bill Clinton administration which tends to believe that the Taliban will be able to bring peace and stability in Afghanistan.
In her book Massoud: An Intimate Portrait of the Legendary Afghan Leader, writer and translator Marcela Grad mentions that in 1997, US Assistant Secretary of State Robin Raphel had advised Massoud to surrender to the Taliban in order to bring peace to the country.
But Massoud replied that "as long as he holds an area the size of his hat, he will continue to defend it from the Taliban".
The former diplomat believes Masooud's confidence stems from the fact that until then India's major regional powers had agreed to support him. India has set up bases at Farkhor and Ayni in Tajikistan that house military hospitals and other assets.