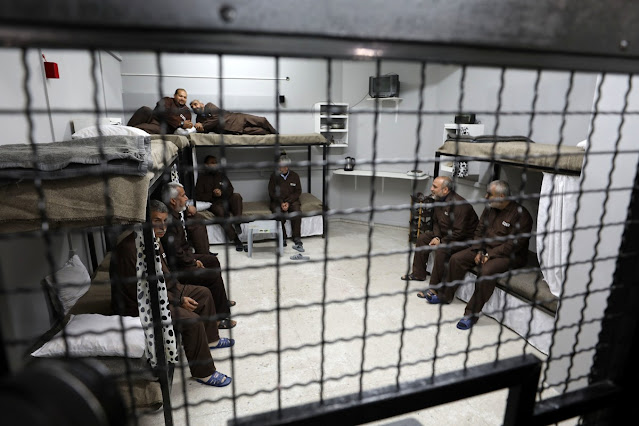 UMMATIMES - Seven Palestinian prisoners imprisoned by Israel continue their hunger strike. Quoted from the Wafa news agency on Wednesday (16/6), the Palestinian Prisoner's Society (PPS) said the action was carried out as a form of protest against administrative detention or detention without trial.
In a statement, PPS said the number of prisoners who took part in the hunger strike had increased. They reject detention without trial that Israeli authorities have recently stepped up.
In the statement, PPS added that currently there are seven detainees who are on hunger strike. The oldest prisoner is 28 years old, Ghadanfar Abu Atwan from Dura City, south of Hebron. He has been doing the action for 42 days.
The Israel Prisons Agency (IPS) is still holding him at the Ramla Prison clinic. Khader Adnan, 43, also went on a hunger strike for 17 consecutive days.
The Israeli court in Ofer postponed its decision to confirm the detention order without trial until next June 20 after learning that the conditions for Adnan's detention at the Al-Jalma Detention Center were very difficult.
Two other detainees, 28-year-old Youssef Al-Amer and 18-year-old Amr Al-Shami from the refugee camp in Jenin went on hunger strike for 16 consecutive days. This action was carried out as a form of protest against their detention.
59-year-old Jamal Al-Taweel continued his hunger strike on the 13th day. He protested the detention of his daughter, journalist Bushra Al-Taweel. Recently IPS moved him from Ofer prison to Hasharon prison.
Ayser Al-Amer, 21, and Ibrahim Al-Amer, 19, from the Jenin refugee camp, started a hunger strike at Gilboa prison in support of other detainees, including Youssef Al-Amer and Amr Al-Shami.
Last month Israeli intelligence issued 200 detention orders without trial. In some countries these orders are commonly used to tackle terrorism, insurgency, control illegal immigrants, or protect regimes in power.