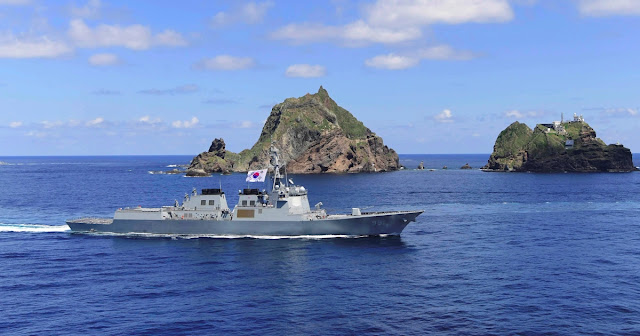 UMMATIMES - South Korea's military launched its annual drill near the disputed Dokdo Island Tuesday. The Eastern Sea Area Protection Exercise began despite protests from Japan, according to Yonhap News Agency.
Involving the Navy, Air Force and Coast Guard, the war games aim to respond to threats to territory, residents and property. Seoul has held exercises near the islets, which lie between them and Japan, every year since 1986.
During the recent G7 meeting in the UK, Tokyo canceled a meeting agreed between South Korean President Moon Jae-in and Japanese Prime Minister Yoshihide Suga to protest the planned exercises around the island. South Korea effectively controls the islands, which Japan claims as its territory and calls it Takeshima.
Meanwhile, Seoul conducts two exercises around the islands each year, usually in June and December.
Diplomatic relations between the two countries have been at their lowest point over the past year after a South Korean court ordered Japanese companies to compensate victims of forced labor during Japan's colonial rule on the peninsula.