The South Korean government will relax social distancing regulations from July 1. The number of people who can attend private meetings in the Seoul metropolitan area has been increased from four to six. 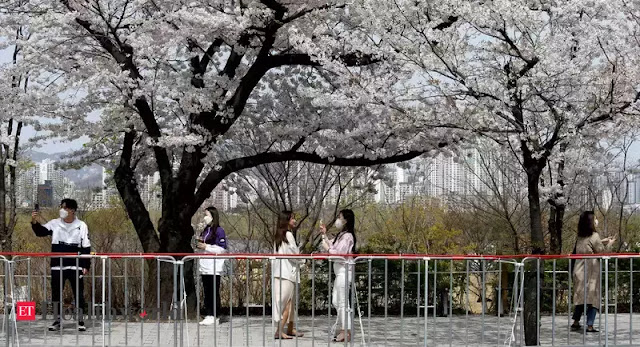 UMMATIMES - This announcement came after South Korea vaccinated 29.2 percent of its population. The country of Ginseng is on track to achieve its target of immunizing 70 percent of its population from Covid-19 by September.
In the last few weeks, Covid-19 infection cases have remained at 400 to 700 cases per day. But the past week held well below 600.
With the revision of this social restriction regulation, restaurants, nightlife venues and cafes can operate until 24.00. Two hours more than the currently allowed 22.00 is sure.
"The new social restriction regulatory system is an attempt to find a balance between quarantine and restoration of daily life amid the long-running Covid-19 pandemic," South Korea's Health Minister Kwon Deok-cheol said in a televised statement Sunday. .
Kwon added that unless the number of new cases spiked sharply, the government planned to allow the public to hold private gatherings of up to eight people. Regulations limiting the number of private gatherings do not apply to people living outside of metropolitan Seoul.
At midnight last night, South Korea announced 429 new cases of corona virus infection. South Korea's Centers for Disease Control and Prevention recorded 151,149 cases of infection and 2,002 deaths from the coronavirus.