Sputnik V Vaccine Claimed to be Effective Against the Delta Variant 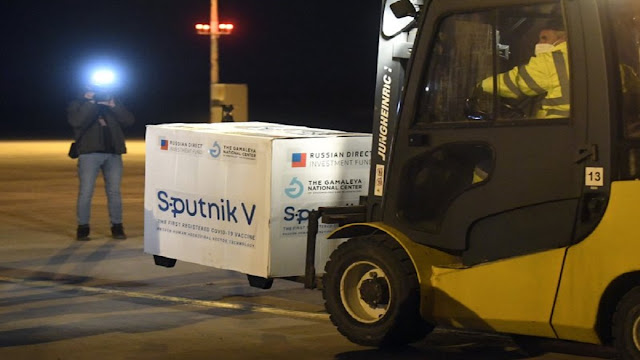 UMMATIMES - The Russian Direct Investment Fund (RDIF) claims the Sputnik V vaccine is more effective against the Indian strain of coronavirus than other vaccines. The statement is claimed based on studies conducted.
"Sputnik V is more efficient against the Delta variant of the coronavirus which was first detected in India than any other vaccine published on this strain so far. It is based on a Gamaleya Center study submitted for publication in an international peer-reviewed journal," the RDIF statement quoted TASS as saying. , Wednesday (16/6).
In fact, the head of the Gamaleya National Research Center for Epidemiology and Microbiology of Russia, Alexander Gintsburg, made this statement last April. According to him, the Sputnik V vaccine produced enough antibodies to fight the coronavirus strain in India.
This is supported by a study in early February through The Lancet, a world-acclaimed medical journal. In his presentation, he explained that the results of the third phase of Sputnik V clinical trials have been carried out and the injections have proven to be one of the safest and most efficient in the world. It said its efficacy was estimated at 91.6 percent.
To date, Sputnik V has been registered in about 60 countries with a total population of over 1.5 billion people. More than 30 countries have started mass vaccination with Sputnik V.
Russia was the first in the world to use this vaccine in August 2020. However, Russia is actually struggling quite hard to apply for registration in the European Union and WHO. Finally on March 4 EU regulators reported that a rolling review of the Russian vaccine had begun.