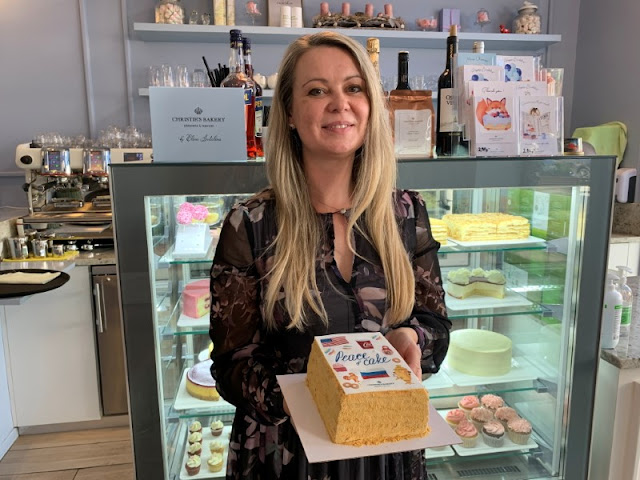 UMMATIMES - A Swiss baker has made a Peace Cake to mark the high-level meeting of President Joe Biden and President Vladimir Putin, inspired by US and Russian culinary traditions.
On it is written "Peace of Cake" next to the flags and symbols of the two countries: dolls and samovars for Russia and Coca-Cola and marshmallows for the United States.
The taste of the cake is half honey, taken from the Russian tradition, and the other half is red velvet, which is popular in the United States.
"You can understand it as 'piece of cake' or 'peace cake'," said Olga Johnson, owner of Christie's Bakery in Geneva, where the two leaders' meeting took place.
"The plan was that the cake was not for sale and only for souvenirs, but it got a great response and a lot of people ordered and asked questions," Olga said, saying the cake had sold out on Tuesday, prompting her to make more. 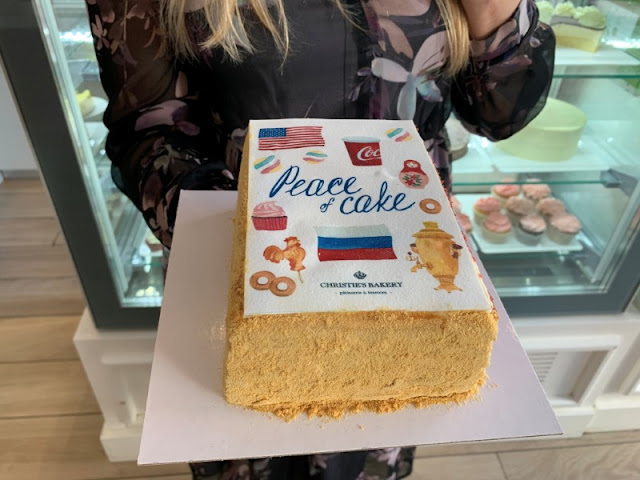 Olga Johnson, who has Russian parents and is married to an American, said she hoped the cake would make people smile and feel relaxed.
"We all hope this will be a peaceful high-level meeting and the outcome will be very good and positive, so we look forward to this and I think Geneva wants this and all the world wants this," he said.
Putin and Biden met for the first time as heads of state at a time when relations between the United States and Russia were at their worst.
From an 18th-century villa in Geneva, Vladimir Putin and Joe Biden discuss crucial issues ranging from cyberattacks, alleged Russian intervention in the US presidential election, and nuclear pacts.