Thailand Difficult to Continue Vaccination against COVID-19, Japan Appears as a Rescuer

Thailand's health minister said on Monday that the Japanese government would donate some of AstraZeneca's COVID-19 vaccine, as the Southeast Asian nation seeks to shore up vaccine supplies after several delays in initial vaccinations. 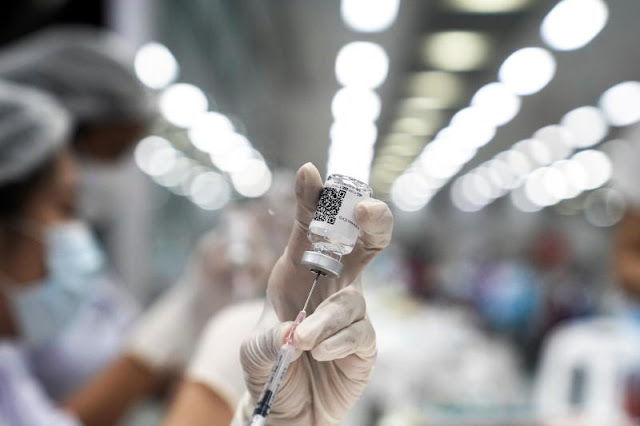 UMMATIMES - An agreement on a vaccine to be delivered around July will be signed on Thursday, Anutin Charnvirakul said in a statement, which did not specify the amount.
Thailand's mass vaccination efforts, which started this June, rely heavily on the locally produced AstraZeneca vaccine by their king's company, which has been delayed, also affecting Taiwan, Malaysia and the Philippines.
Thailand has spent nearly three months battling their worst COVID-19 outbreak so far, which accounts for 95 percent of COVID-19 deaths.
Authorities plan to gradually welcome back foreign tourists over the next few months, starting from the resort island of Phuket in July. However, the plan is contingent on the government's vaccination progress.
Thailand is also using Sinovac's COVID-19 vaccine, some of which was donated from China, and has fully vaccinated 2.1 of its more than 66 million citizens.