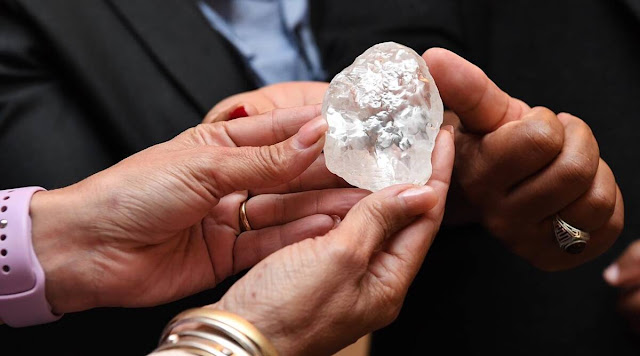 UMMATIMES - A diamond believed to be the third largest gem ever mined has been found in Botswana. The diamond measures 1,098 carats with a length of 7.3 centimeters, a width of 5.2 centimeters and a thickness of 2.7 centimeters.
The gem was discovered by a joint venture between De Beers Anglo American and the government, the Debswana Diamond Company. "This is the largest diamond discovered by Debswana in its more than 50 years of operation," said managing director Lynette Armstrong. 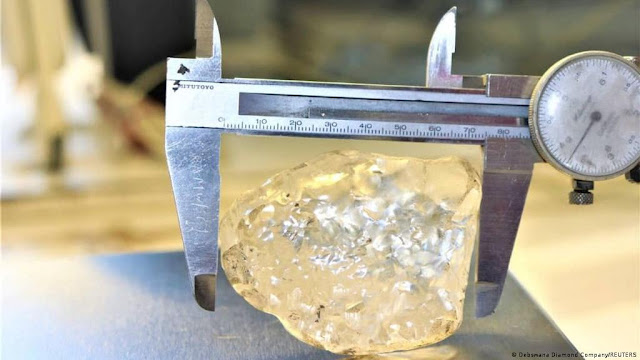 The stone was handed over to Botswana President Mokgweetsi Masisi on Wednesday.
It is the third largest in the world, behind the 3,106-carat Cullinan stone found in South Africa in 1905 and the 1,109-carat Lesedi La Rona unearthed by Lucara Diamonds in Botswana in 2015.
"From our initial analysis, it could be the third largest gem quality stone in the world. We have not yet decided whether to sell it through the De Beers channel or through the state-owned Okavango Diamond Company," Armstrong said. 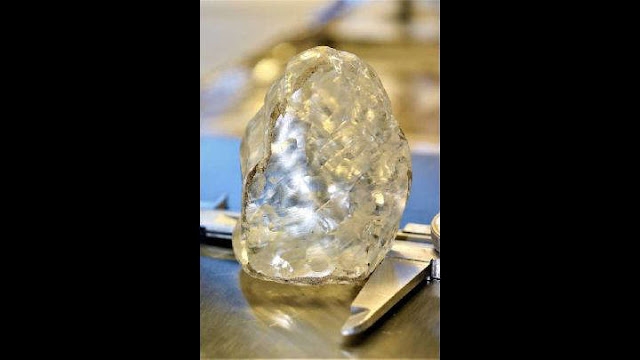 In its operations, the Botswana government receives 80 percent of revenue from the sale of Debswana through dividends, royalties and taxes.
Gem production in Debswana fell 29 percent in 2020 to 16.6 million carats while sales fell 30 percent to $2.1 billion as the pandemic impacts production and demand.
By 2021, Debswana plans to increase production by 38 percent to pre-pandemic levels of 23 million carats as it believes the global diamond market is recovering with the easing of travel restrictions and the reopening of jewellery.