This is the smallest country in the world, the area is no more than 0.44 square KM 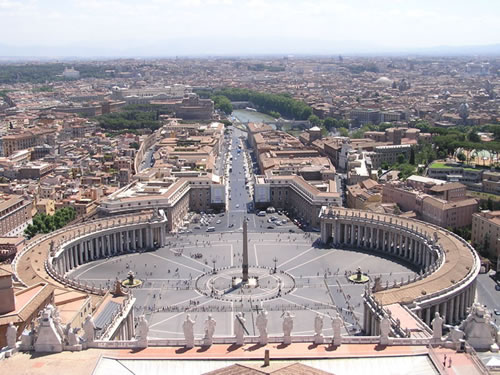 UMMATIMES - There is only one smallest country in the world, compared to the rest of the world. Of course this is very interesting to find out, so what is the smallest country in the world?
Usually a country has a wide area of ​​authority, starting from the land area to the waters. But things are different with the Vatican State. The Vatican State is the only country in the first rank as the smallest country in the world with an area of ​​only 0.44 square kilometers.
With that area, the Vatican is in the middle of Italy, the European continent. With a population of about 1,000 inhabitants and the Vatican is surrounded by walls that form the boundaries of its territory. .
The Vatican government system itself is known to adhere to a Theocratic government system, meaning that religious principles are the foundation of the country's government. This is also the reason why the Vatican is one of the pilgrimage destinations that is never empty of visitors from various countries.
Early in the history of the Vatican, the Pope expanded his influence until he was able to control the Italian peninsula starting in the 18th century. On February 11, 1929, the Lateran treaty or also called Corcondat was signed by Cardinal Gaspari on behalf of Pope XI and Bennito Mussolini on behalf of King Victor Emmanuel III. The agreement contains three main points which read as follows:
Until World War Two it was discovered that this agreement remained in effect, then in 1984 there was another adjustment to the contents of the agreement.
Being the only smallest country in the world is enough to make this country unique when compared to other countries. It turns out that the fact is not enough, there are still some unique things in the Vatican that do not exist in other countries, such as everything in the Vatican is a UNESCO heritage both from residential architecture, church streets and so on.
Furthermore, in the Vatican there are many works of art from legendary artists of the world ranging from Michaelangelo, Bernini and St. Peter's Basilica. Not only that, inside the Vatican there is a library called the Bibliotheca Apostolica Vaticana. The library is one of the oldest libraries in the world which was officially founded in 1475.
In the library of the smallest country in the world, there are also many important collections of historical writings which are known to be filled with 75,000 books from throughout history.