More than 1,000 people displaced by fighting in Demoso Township, Kayah State, Myanmar, are in dire need of shelter as heavy rains hit. The refugees are also in dire need of sleeping mats and medical supplies. 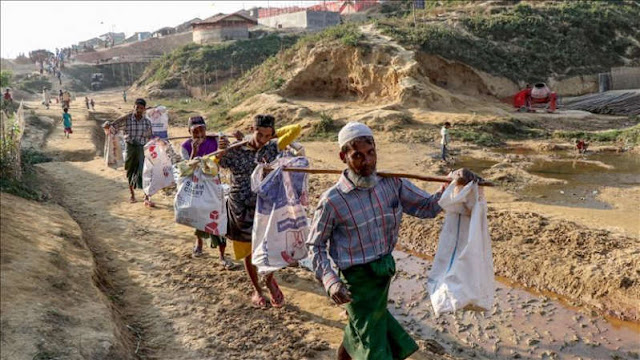 UMMATIMES - One of the residents who fled, Maung Woe, said that the group which is engaged in the distribution of aid has not yet reached the villagers.
“Now we have no shelter from the rain. Children and the elderly get flu and diarrhea because of this," Maung told local media Myanmar Now, Wednesday (23/6).
The residents of Li Woe Village, Kayah, left their homes in early May. They briefly returned to their villages, but were forced to flee again after clashes between the Myanmar military and local resistance groups in the surrounding area.
Today, the violence has stopped since the military and local resistance groups agreed to a ceasefire, but tensions remain high. Maung fears that more clashes will occur that will result in the entire village being displaced in the long term. This means, said Maung, that the villagers will start to run out of food.
The coup regime used fighter jets and long-range artillery in attacks on Kayah and surrounding residents. The Myanmar army has also reportedly targeted civilians and destroyed medical and food supplies for the refugees. Dozens of civilians were reportedly killed, while others were tortured and arrested.
Myanmar was rocked by a military coup on February 1 that toppled the elected government of Aung San Suu Kyi. The military argued that the election that led to Suu Kyi's election with the most votes was full of fraud.
As of June 23, civil society groups recorded 877 people had died since the military coup in Myanmar.