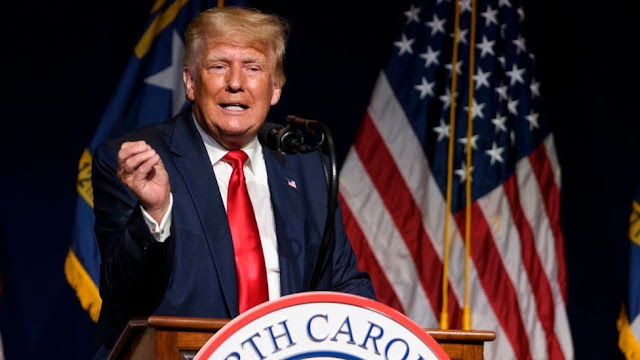 UMMATIMES - In his final weeks as president, Donald Trump pressured his allies in the Justice Department to investigate claims of 2020 election fraud. His attorney general also acknowledged that there was no evidence of fraud in last November's presidential election.
An email released by the House of Representatives Oversight Committee on Tuesday (June 15) revealed new details of how Trump, the former White House chief of staff, and his allies pressured administration officials to reject the 2020 election results. Republican elections confirmed there was no cheating.
At that time, former attorney general William Barr, who is also a Trump loyalist, was one of the officials who said there was no election fraud. The emails also show the extent to which Trump asked Acting Attorney General Jeffrey Rosen to reject the election results after his legal efforts failed.
Emails sent to Rosen contained debunked conspiracy theories and false information about election fraud. Trump's lies about the election prompted protesters to burst onto Capitol Hill on January 6 to stop parliament from passing Joe Biden's victory.
In those emails, several times Trump's allies wrote about conspiracy theories involving the vote-counting company, Dominion Voting Systems. The allegations are now the subject of a billion-dollar lawsuit.
The Trump-era White House chief of staff, Mark Meadow, has called for an investigation into election fraud caused by satellites from Italy. Meadows tries to get Rosen to investigate conspiracy theories and prompts him to meet with Trump's attorney, Rudy Giuliani, who proposes the Italian satellite conspiracy and military technology changing voices.
Rosen forwarded Meadows' emails to acting Deputy Attorney General Rich Donoghue who replied to the emails saying 'totally crazy'. Rosen replied back to Donoghue's email. He said he was asked to meet with the FBI with Giuliani's colleagues and he didn't want to.
He insisted Trump's people could follow normal FBI protocol by calling the public line used to receive leads from the public. Rosen said Giuliani was 'offended' by the answer.
"Asked if I was considering it, I flatly refused. I said I would not give special treatment to Giuliani or his 'witnesses' and reiterated that I would not speak to Giuliani about this," Rosen wrote.