Turkey injects 1.24 million doses of Covid-19 vaccine in a day 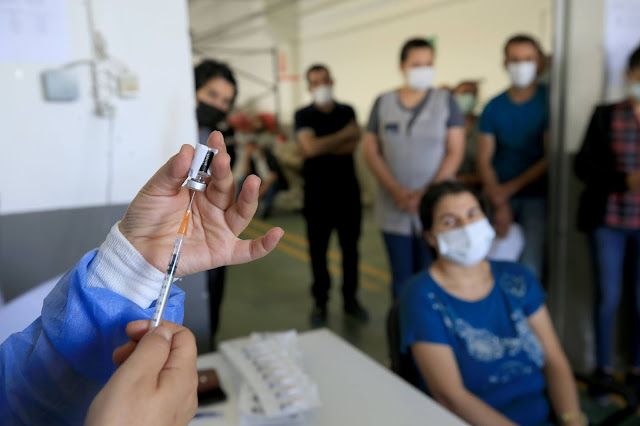 UMMATIMES - Turkey has provided more than 1.2 million doses of the Covid-19 vaccine.
On Twitter, Turkey's Health Minister Fahrettin Koca said more than 1.24 million vaccine shots had been given, a record during Turkey's vaccination campaign. Since mid-January, Turkey has administered more than 35.86 million doses of the Covid-19 vaccine, including the first dose to nearly a quarter of the country's population, or 83.6 million people.
At the same time, the ministry also confirmed 5,955 new cases, including 532 symptomatic patients, across the country in the past 24 hours. Currently Turkey's total cases stand at 5.34 million, including 48,879 deaths. Within a day, more than 4,186 patients were declared cured, bringing the number of recovered patients past 5.21 million.
Since December 2019, the Covid-19 pandemic has claimed more than 3.8 million lives in 192 countries and territories. More than 176.4 million cases are reported worldwide, according to Johns Hopkins University in the US.