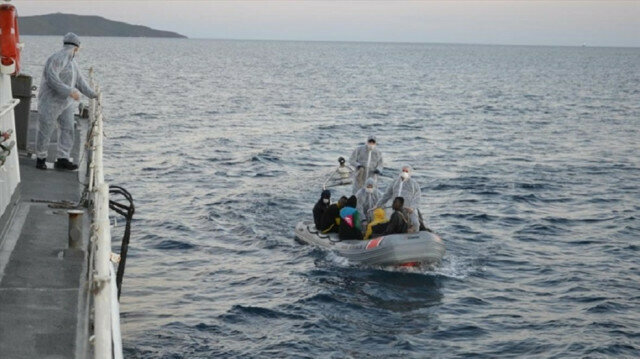 UMMATIMES - Turkey on Thursday (June 17) rescued 121 asylum seekers in the Aegean Sea after they were illegally pushed back into Turkey's territorial sea by Greek authorities.
The Turkish Coast Guard rescued 84 asylum seekers from two inflatable boats off the coast of Didim in the western province of Aydin, said the source who asked not to be named due to restrictions on speaking to the media.
Separately, another coast guard team was deployed to Ayvalik beach in Balikesir province to rescue at least 37 asylum seekers. Asylum seekers are trying to reach the Greek island of Lesbos by inflatable boats and lifeboats. After passing routine checks, the asylum seekers were evacuated to the provincial migration agency building.
Turkey has become a major transit point for asylum seekers wishing to cross into Europe to start a new life, especially those fleeing war and persecution. It also hosts nearly 4 million Syrian refugees, more than any other country.