A United Arab Emirates (UAE) activist and rights critic, Alaa al-Siddiq, has died in a car crash in London on Saturday (19/6). Alaa is the executive director of UK-based ALQST, a non-profit organization that advocates for freedom and human rights in the UAE and the Gulf region. 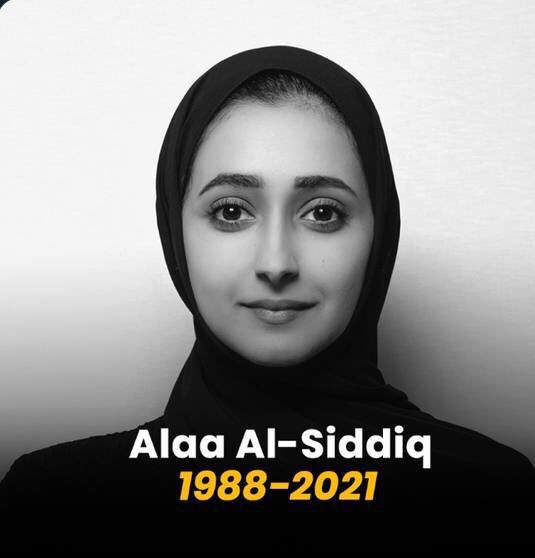 UMMATIMES - "It is with deep sadness that ALQST mourns the sudden death of its beloved and respected Executive Director Alaa Al-Siddiq on Saturday 19 June 2021," ALQST said.
According to Doha News, Alaa and her husband sought asylum in Qatar in 2012. Alaa and her husband live with their relatives. Alaa's presence in Qatar, and Doha's attitude towards political activists at a time when the UAE cracked down on dissent, caused a rift between the two countries.
In 2018, Qatar's Deputy Prime Minister and Foreign Minister Sheikh Mohammed bin Abdulrahman bin Jassim Al Thani said a dispute had occurred between Qatar and the UAE in 2015. Abu Dhabi had sent an envoy to Qatar's Emir Sheikh Tamim bin Hamad Al Thani to request that Alaa be handed over to the Emirati authorities. However, the request was rejected by the Qatari rulers.
The editor-in-chief of Qatar's al-Arab newspaper, Abdullah al-Athbah, said it was Alaa who the Emiratis tried to repatriate but kept it a secret from the public. Alaa's father, Mohammad al-Siddiq, is also a prominent activist who has been detained by Emirati authorities since 2013.
"Today, the capable Emirati researcher and honest sister, professor Alaa al-Siddiq, left this world, while his father, Mohammad al-Siddiq is languishing in a famous prison (United Arab Emirates)," said Saudi activist Abdullah al-Awda.