The United Nations (UN) reports more than 8,500 children were used as soldiers in the past year in conflicts around the world. While nearly 2,700 others died on the battlefield. 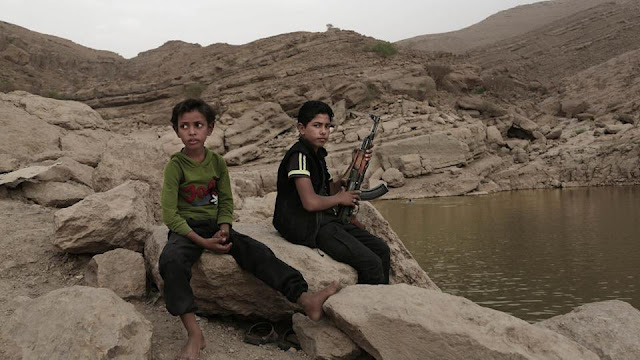 UMMATIMES - UN Secretary-General Antonio Guterres submits an annual report on children and armed conflict to the Security Council. The reports include the killing, wounding and sexual abuse of children, kidnapping or recruitment, denial of access to help, and the targeting of schools and hospitals.
The report verifies that violations have been committed against 19,379 children in 21 conflicts. The most violations were committed in Somalia, the Democratic Republic of the Congo, Afghanistan, Syria and Yemen in 2020.
The report verified 8,521 children were used as soldiers last year. Meanwhile, 2,674 other children died and 5,748 were injured in various conflicts.
The report also blacklists countries that use children as soldiers on the battlefield. The blacklist aims to embarrass parties to conflict in the hope of encouraging them to implement measures to protect children.
The blacklist has long been controversial among diplomats. They say Saudi Arabia and Israel have put pressure on them in recent years to keep them from being blacklisted.
Israel was never blacklisted. While the Saudi-led military coalition was removed from the list in 2020, it is years after it was first named and shamed for killing and injuring children in Yemen.
In an effort to quell the controversy surrounding the report, the blacklist released in 2017 by Guterres was divided into two categories. The first category contains a list of parties that have implemented measures to protect children and the second category includes parties that have not implemented child protection measures.
There are some significant changes to the list released on Monday (21/6). The only country on the list for not implementing action is the Myanmar military, for killing, injuring and sexually assaulting children. The other party is the Syrian government forces for the recruitment of children, killing, wounding and sexual violence against children. and attacks on schools and hospitals.