UN: Drought Will Become Next Pandemic 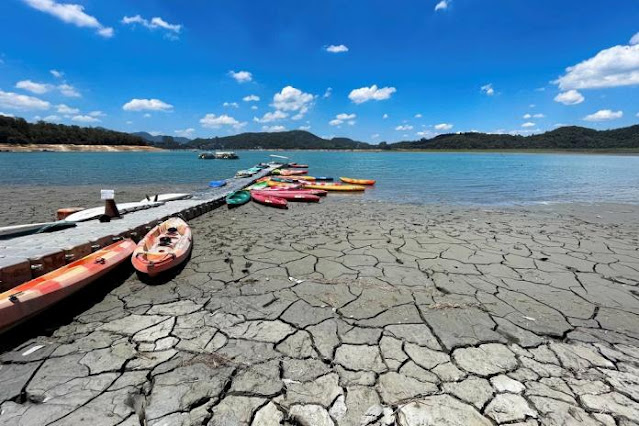 UMMATIMES - The United Nations says the drought risks becoming the next "pandemic" that is a hidden global crisis. Droughts will expand if countries do not take urgent action on water and land management and address the climate emergency.
According to a report published on Thursday (17/6), at least 1.5 billion people have been directly affected by this century's drought, and the economic costs during that time are estimated at 124 billion US dollars. The actual costs are likely to be many times higher because the estimates do not cover many impacts in developing countries.
"The drought is almost the next pandemic and there is no vaccine to cure it. Most of the world will live with water stress in the next few years," said the UN Secretary-General's Special Representative for Disaster Risk Reduction, Mami Mizutori, quoted by The Guardian, Friday (18/6). ).
He said demand would exceed supply over a certain period. According to him, drought is a major factor in land degradation and decreased yields of major crops.
He said many people had the image of drought affecting desert regions of Africa, but this was not the case. Drought is now widespread, and by the end of the century all but a handful of countries will experience it in some form, according to the report. "People have lived with drought for 5,000 years, but what we see now is very different," Mizutori said. "Human activities are exacerbating drought and increasing its impact, threatening to derail progress in lifting people out of poverty," he added.
The UN report also noted that population growth is also making more people in many areas affected by the drought. According to Roger Pulwarty, a senior scientist at the US National Oceanic and Atmospheric Administration and a co-author of the report, drought also extends beyond agriculture.
He pointed to the Danube in Europe, where repeated droughts in recent years have affected transport, tourism, industry and energy generation. "We need to have a modern view of drought," he said. "We need to see how to manage resources such as rivers and large watersheds," he continued.
According to him, changes in rainfall patterns as a result of climate damage are the main drivers of drought, but the report also identifies inefficient use of water resources and land degradation under intensive agriculture and poor agricultural practices play a role. Deforestation, overuse of fertilizers and pesticides, overgrazing and over-drawing of water for agriculture are also major problems.