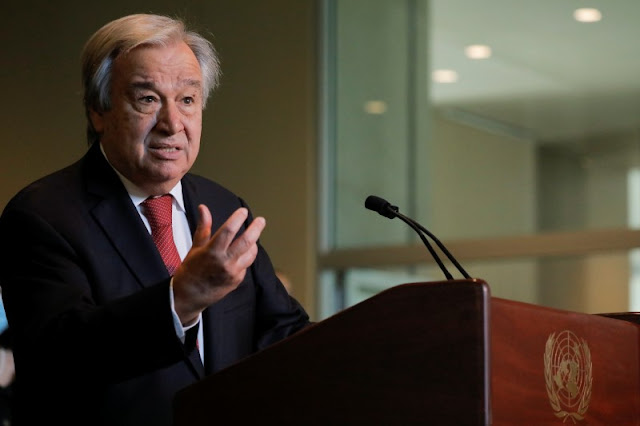 UMMATIMES - UN Secretary-General Antonio Guterres on Friday urged the 193-member General Assembly to tell Myanmar's military that democracy must be upheld, political prisoners must be released, and human rights abuses and killings must stop.
"We can't live in a world where military coups are the norm. It's totally unacceptable," Guterres told reporters.
Myanmar has been in turmoil since the military toppled the government of Aung San Suu Kyi, citing its refusal to resolve so-called fraud in November elections. International watchdogs say the election was fair.
Junta forces have killed more than 860 people since the February 1 coup, according to the Assistance Association for Political Prisoners. The junta claims the number is much lower.
The General Assembly on Friday called for a halt to the flow of arms into Myanmar and urged the military to respect November election results and release political prisoners, including leader Aung San Suu Kyi, diplomats said. It is not clear whether any country will call for a vote on the draft General Assembly resolution or whether it will be adopted by consensus.
Diplomats say the draft has enough support for approval. "I hope the General Assembly can deliver a very clear message," Guterres said.
General Assembly resolutions are not legally binding but carry political influence. Unlike the 15-member Security Council, no country has a veto power in the General Assembly. The draft General Assembly resolution also calls on Myanmar to immediately implement the five-point consensus reached by the junta with ASEAN in April to end the violence and initiate dialogue with opponents.