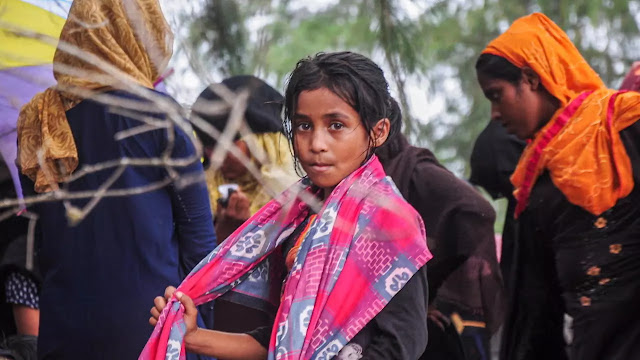 UMMATIMES - Human Rights Watch (HRW) said the United Nations had collected data on more than 800,000 Rohingya refugees and provided it to Bangladesh. Then Bangladesh handed over the data to Myanmar for the repatriation process of Rohingya refugees.
Over the past three years the UN refugee agency, UNHCR, has recorded hundreds of thousands of Rohingya refugees in Bangladesh refugee camps. This registration allows Bangladesh to provide the necessary identity cards to access aid and other essential services. However, according to a recent HRW report, the refugees were not aware that the Bangladeshi government provided their data to authorities in Myanmar for the repatriation process.
"The UN refugee agency's data collection practice with Rohingya in Bangladesh goes against the agency's own policies and exposes refugees to further risks," said Lama Fakih, director of crisis and conflict at HRW.
HRW said the refugees were unaware that the data collected, including photos, fingerprints and biographical data, could be shared with Myanmar. HRW said UNHCR did not ask the refugees for permission that their data would be used for the repatriation process to Myanmar.
HRW interviewed 24 Rohingya refugees between September 2020 and March 2021 about their experiences applying to UNHCR at Cox's Bazar. In these interviews, the refugees were never told that the data would be used for anything other than access to aid.
After registering, the Rohingya refugees are given a receipt. In the receipt there is a column that must be checked, stating that they have agreed that their data will be shared with Myanmar. But the receipt was written in English and only a handful of Rohingya refugees spoke English.
"What became very clear to us was that the Rohingya we spoke to were not asked for consent," said HRW senior researcher Belkis Wille.
Wille urged UNHCR to carry out an investigation and look carefully at why the decision was made. Wille admits it is difficult to generalize a research based on a small sample size. But he referred to reports that Bangladesh had sent data on 830,000 Rohingya refugees to Myanmar.
"It's hard to imagine that everyone would agree," Wille said.
UNHCR insists its staff seek permission from Rohingya refugees to share their data with Myanmar. Their data will be used for feasibility assessment in the repatriation process.
UNHCR staff also explained that the Smart Cards used to gain access to aid will still be given to Rohingya refugees, regardless of whether they agree or disagree to provide data. "We have clear policies in place to ensure the security of the data we collect when registering refugees around the world," said UNHCR spokesman Andrej Mahecic.
Myanmar has used data provided by UNHCR for the repatriation of about 42,000 Rohingya refugees. Of these, 21 were refugees interviewed by HRW.
The refugees said they only learned that their data had been shared with Myanmar. UNHCR emphasizes that any return to Myanmar is based on the refugee's individual and voluntary choice.
"But they are on the list and now the Myanmar authorities know they are sitting in Bangladesh, so if the situation changes, that risk is effectively exposed," Wille said.