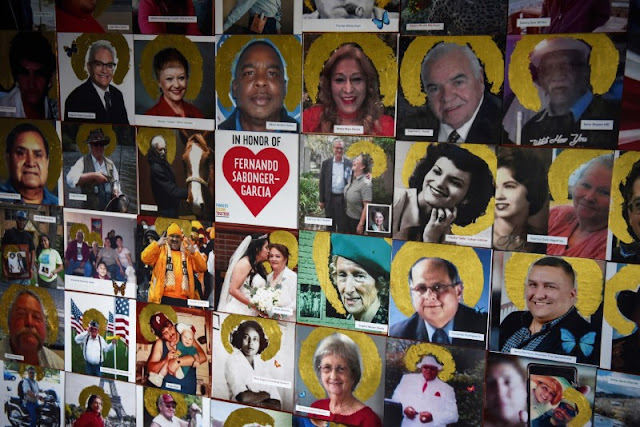 UMMATIMES - The number of deaths due to Covid-19 in the United States (US) has crossed 600,000 even though the vaccination program has reduced positive cases, deaths, and hospitalizations. Uncle Sam's country also reopened borders and businesses.
However, Johns Hopkins University noted that the number of patients who died was higher than the population of Baltimore or Milwaukee. The death rate is equivalent to the number of Americans who died from cancer in 2019.
Worldwide, the number of deaths from the coronavirus has reached more than one million. The death toll hit 600,000 just as California and New York lifted the rest of their social distancing rules and joined other states in getting people back into action.
"In the bottom of my heart I want to rejoice, but it feels like, is it too soon? Are we going to regret it?" said Rita Torres, a retired administrator in Oakland, California, Wednesday (16/6).
After the vaccine began to be injected in mid-December, deaths from Covid-19 in the US fell on average to 340 deaths per day after previously being 3,400 deaths per day in mid-January. The average positive case, which was around a quarter of a million per day, fell to 14 thousand per day.
The actual death toll in the US as well as in other countries across the globe is estimated to be much higher because many cases are uncounted or intentionally undisclosed. US President Joe Biden became aware of the record during a visit to Europe.
"Although new cases and deaths from Covid-19 in the US have fallen, too many lives have been lost, now is not the time to let our guard down," he said.
Deaths from Covid-19 look even more tragic as vaccines become more and more available. The US Centers for Disease Control and Prevention (CDC) noted that currently more than 50 percent of Americans have received the first dose of vaccine and 40 percent have received the second vaccine.
However, the demand for vaccinations in the US has fallen drastically, so many places are oversupplied. Many doubt that Biden's target of immunizing 70 percent of adults by July 4 is achievable. Figures stayed below 65 percent.
Last week the average number of doses of the Covid-19 vaccine injected by US health authorities fell to one million doses per day from 3.3 million doses per day in mid-April.