US-Russia Agree to Minimize the Risk of Nuclear War 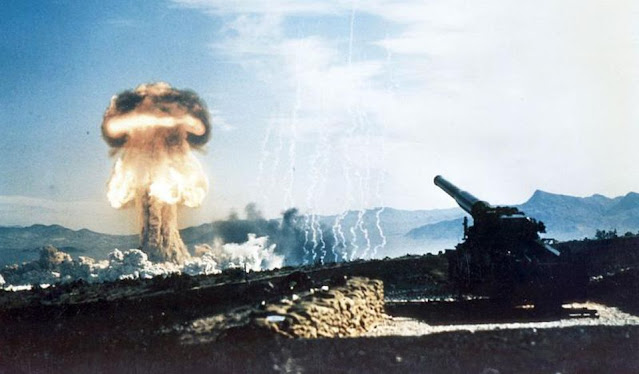 UMMATIMES - US President Joe Biden and Russian President Vladimir Putin agreed to minimize the threat of nuclear war. This was achieved after they had their first meeting in Geneva, Switzerland, on Wednesday (16/6).
In a joint statement released after the meeting it was stated that the US and Russia have demonstrated the ability, even in periods of tension, to reduce the risk of armed conflict and nuclear threats. "Today, we reaffirm the principle that nuclear war is unwinnable," Biden and Putin said.
Both said the US and Russia would start an integrated bilateral strategic stability dialogue in the near future. "Through this dialogue, we seek to lay the groundwork for future gun control and risk reduction measures," they said.
Shortly after the bilateral meeting ended, Putin did reveal that the US and Russia had agreed to hold consultations on strategic stability and arms control. “We agreed that consultations at the inter-agency level would begin under the auspices of the US State Department and the Russian Ministry of Foreign Affairs. Colleagues at the working level will determine the composition of the delegation, the place of work and how often these meetings will be held," Putin told reporters, quoted on the website of the Russian news agency, TASS.
Earlier this year, Russia and the US agreed to extend the Treaty on Measures for the Further Reduction and Limitation of Strategic Offensive Arms (New START). New START is an arms control agreement signed by Moscow and Washington in 2010 that was supposed to expire on February 5. The treaty prohibits the two countries from deploying more than 1,550 nuclear warheads, restricts missiles, and land-based bombers and submarines that ship them.
Previously, the US and Russia were also bound by the Intermediate-range Nuclear Forces (INF) treaty. The agreement was dissolved after the two countries accused each other of violating the terms of the agreement. The INF was signed in 1987. It banned Washington and Moscow from producing and possessing nuclear missiles with a range of 500-5,500 kilometers.