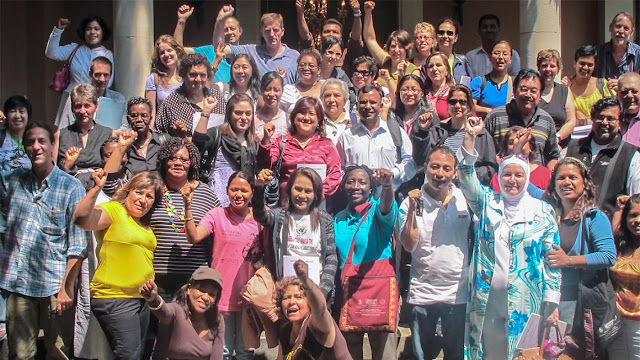 UMMATIMES - Venezuela and the International Committee of the Red Cross (ICRC) on Monday signed an agreement on the repatriation of Venezuelan children and youth in vulnerable situations. The policy would allow them to be reunited with their families in Venezuela.
"On June 14, a framework agreement for the reunification of Venezuelan children and youth abroad with their relatives or representatives in Venezuela was signed between the Bolivarian Republic of Venezuela and the International Committee of the Red Cross," the Venezuelan Foreign Ministry said on its official website.
Venezuelan Foreign Minister Jorge Arreaza said after meeting with the head of the ICRC delegation in the country, Arnaud de Baecque, the agreement would bring "happiness and smiles to children, youth and their families". Arreaza also reiterated his gratitude to the ICRC. for their "professionalism" and "hard work in Venezuela".
Meanwhile, De Baecque thanked the Venezuelan government for the initiative to work on this project, which the ICRC is also doing in other countries.
"Thanks to the ICRC's presence in various countries, children and youth can be identified, recognized and reunited with their families," he said.
During the first year of the pandemic, the Venezuelan government repatriated around a hundred children after their migrant parents died of Covid-19. Most of these children live in other Latin American countries. Overall, the number of Venezuelan migrants stands at 5.4 million, according to the United Nations High Commissioner for Refugees (UNHCR).