The Vietnamese government agreed to give priority to Chinese citizens residing in the country in vaccinating to prevent infection with the new type of corona virus (Covid-19). The move was decided after China donated up to 500,000 doses of Sinopharm's Covid-19 vaccine, which was scheduled to arrive on Sunday (27/6). 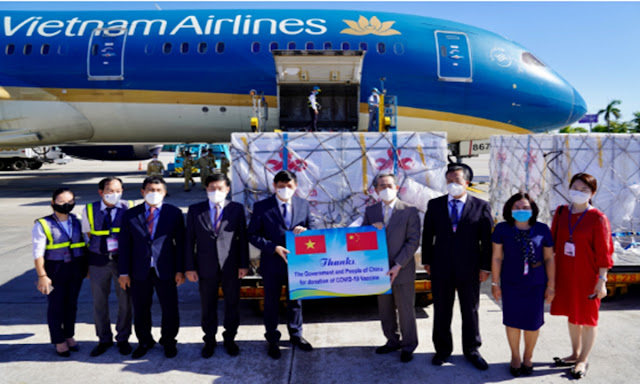 UMMATIMES - Vietnam's Ministry of Health on Wednesday (23/6) said the doses would be sent to nine provinces in the north for people living in Chinese communities, including people involved in trade and service exchanges with China, as well as Chinese nationals living and working in the country.
However, the Chinese Embassy in Hanoi said Vietnam had broken its promise to give priority to Chinese citizens. It stressed that they should be vaccinated first before other communities.
According to the agreement between the two countries, the Vietnamese government will give vaccines that come from China first to residents of the Bamboo Curtain Country in Vietnam, Vietnamese citizens who plan to work in China, and Vietnamese citizens living near the Chinese border. The Vietnamese authorities did not engage with China according to the above consensus before announcing the distribution plan.
The Chinese embassy said it had expressed concern and that Vietnamese authorities had agreed to withdraw the plan. However, Vietnam has not made any new announcements regarding the distribution of the Covid-19 vaccine.
The Chinese embassy also said it would continue to push China's "Spring Sprout" program in Vietnam. The program is a global campaign to inoculate Chinese nationals living and working abroad, spanning 120 countries.
Relations between China and Vietnam have been strained in recent years due to territorial disputes in the South China Sea. Among other Southeast Asian countries, Vietnam was one of the last countries to approve a Covid-19 vaccine from China.
The country only approved the Sinopharm vaccine on June 4 as it is battling a rising number of infections that peaked in mid-June, when the country reported more than 400 new cases in a day.
Vietnam has previously approved the use of vaccines from AstraZeneca and Russia's Sputnik. So far, the country's vaccination rate is low. Only 1.4 percent of its 96 million population received the shot and the country is trying to get more doses of the vaccine.
On Friday (25/6), the Japanese government said it would donate an additional one million doses of the AstraZeneca vaccine, on top of the one million already shipped. The Vietnamese government said it had secured 120 million doses for this year, including shipments of Moderna, Sputnik V, AstraZeneca and Pfizer vaccines from the global Covax Facility supported by the World Health Organization (WHO).